Fallout 3 vs Fallout New Vegas: which is the better video game? 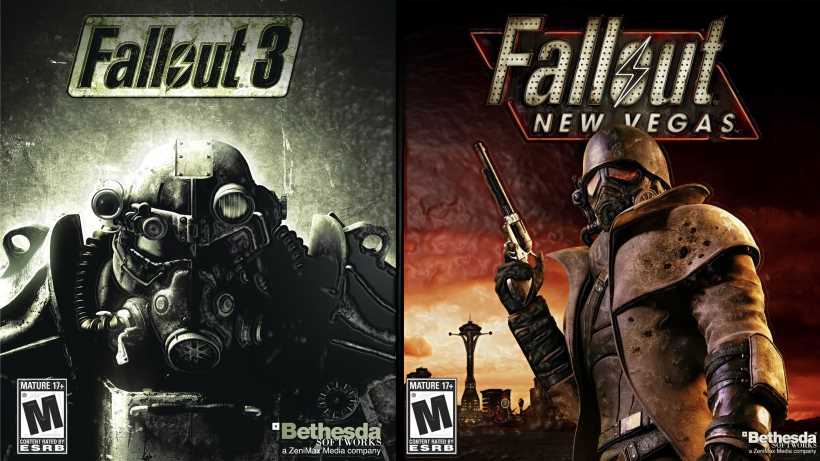 Fallout video games have become a reference for the Sci-Fi RPG genre. Which title of this post-apocalyptic series is better: Fallout 3 or New Vegas? Vote! Share the most memorable moments you have experience with these games on the discussion forum below.

Video game fans have been expecting the release of the new instalement of the Fallout series for years. Finally, Fallout 4 was announced by Bethesda in June 2015. The game will be released in November 2015 in PC and the new generation consoles PS4 and XBox One. Until this highly expected release the fans of the Fallout series may want to revisit one of the previous chapters, Fallout 3 and New Vegas, which made of Fallout the best post-apocalyptic role playing video game saga.

History of the Fallout series

The Fallout series is set in a retro-futuristic future inspired by postwar 1950s American culture and iconography. The Fallout series was created by Interplay Entertainment. The first two titles: Fallout (1997) and Fallout 2 (1998) were developed by Black Isle Studios. These were 2D isometric RPGs with turn-based action. The success of these titles paved the way to two spin offs Fallout Tactics: Brotherhood of Steel, a tactical role-playing game, and Fallout: Brotherhood of Steel, an action video game with RPG elements. Following the closuer of Black Isle Studios in 2004, Bethesda Softworks acquired the rights for the Fallout series and started working on Fallout 3. Bethesda used the same game engine they were using for Elder Scrolls IV: Oblivion, and turned Fallout into a 3D sandbox RPG series with real-time combat.

Bethesda Game Studios developed Fallout 3 which was released in October 2008. This game was set 200 years after the nuclear war that devastated the world and thirty years after the events in Fallout 2. Fallout 3 had an excellent and complex storyline. There are many tough choices and memorable moments in its campaign. The main plot unravels in the Capital Wasteland, a region that includes Washington D.C., Northern Virginia and Maryland. The game was a great success, receiving extremely positive reviews and several international awards and nominations. Several DLCs were also launched to expand the experience.

Fallout New Vegas was published by Bethesda in 2010. The game was developed by Obsidian Entertainment. This is not a direct sequel to Fallout 3, but a stand-alone game in which many of the developers of Fallout 1 and 2 participated. The main character starts the game being a courier in the post-apocalyptic Mojave Wasteland. Soon the story reaches New Vegas, the reinterpretation of Las Vegas after the nuclear war. Although the gameplay remained very similar to that of Fallout 3, New Vegas introduced some improvements to the game engine and combat. Most importantly, Fallout New Vegas introduced the Hardcore Mode which gives more realism and intensity to the game and makes the survival or our character in the desert a difficult endeavour.

Check out the really cool trailers of these two games:

These two are great single player experiences with an interesting and lengthy campaign. Which of the two would you recommend if you had to choose only one? New Vegas or Washington D.C.?

Fallout 3 vs Fallout New Vegas: which is the better video game? Vote and share the best moments you experienced with them in the comment section


Fallout 3 vs Fallout New Vegas: which is the better video game?