Casablanca vs Citizen Kane: which classic movie do you prefer? 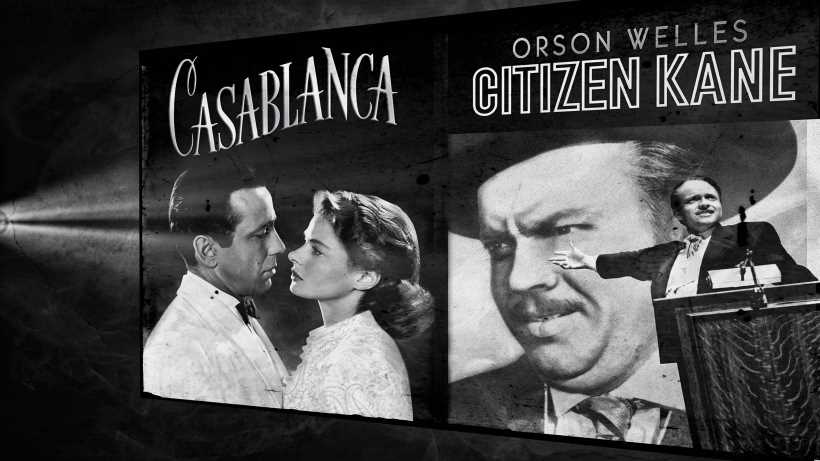 Citizen Kane and Casablanca are considered among the best movies in history. Which of the two black and white films do you prefer?

Citizen Kane and Casablanca are two of the most iconic films of all times. Orson Well's  Citizen Kane (1941) has been considered groundbreaking in terms of narrative structure and cinematography. Michael Curtiz's Casablanca (1942) has been praised for its acting, memorable lines and theme song.

Casablanca is a romantic drama set up during World War II. The main plot focuses on the story of a man, played by Humphrey Bogart, who has to choose between his love for a woman, played by Ingrid Bergman, and helping a charismatic resistance leader to escape the Nazis. The resistance leader, played by Paul Henreid, is also the woman's husband.

The film is very famous for some of its quotes such as "We'll always have Paris", "Play it, Sam. Play 'As Time Goes By'" or "Louis, I think this is the beginning of a beautiful friendship". The movie is also one of the best romantic movie of all times, with the iconic duo between Bogart and Bergman.

Citizen Kane is a drama telling the life of an American newspaper magnate, Charles Foster Kane. Its narrative style was considered very innovative since it starts with the death of the protagonist and then recreates his life. From beginning the movie makes the spectator wonder about the meaning of the mysterious word Kane pronounce before dying: "Rosebud". The magnate is played by director Orson Welles. The story is about how an idealistic young man gradually evolves into a man worried about a ruthless pursuit of power. The plot is partly inspired by real world magnates lives and also based on some aspects of the director's own life.

The film as been considered as the best movie of all times in several rankings, and is one of the best classic movies ever.

Which of the two black and white movies do you prefer Casablanca or Citizen Kane? Vote and let us know why you like these films and what makes them so special.
Links:
Oscar snubs for best picture  Best movie with a twist ending?  Best Star Wars movie?


Casablanca vs Citizen Kane: which classic movie do you prefer?