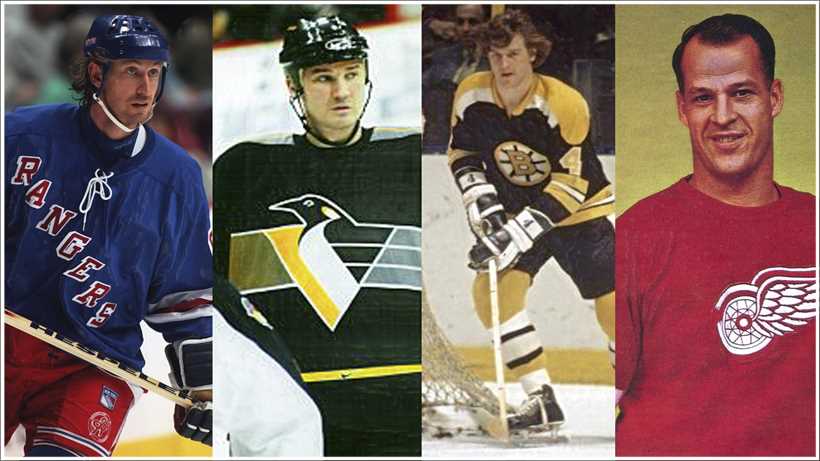 Who do you think deserves to be called the best hockey player ever? Gretzky? Lemieux? Orr? Howe? Check out how the poll is going and vote!

Canadian hockey has gifted us with arguably the top four players in history. Wayne Gretzky, Gordie Howe, Bobby Orr and Mario Lemieux are always shortlisted among the best NHL players due to their talent and impressive achievements. We compare these four sporting geniuses and would like you to help us decide who it the best among them and why.

Four of the best hockey players ever

Videos: the life of these four hockey legends

Additionally there have been also great hockey players who never played in NHL such as Alexander Maltsev, Anatoli Firshov, Erich Kuhnhackl, Jiri Holecek, Bill Cleary, Boris Mikhailov, Vladislav Tretiak, Valeri Kharlamov and Mike Eruzione.   Do you think any of these of other hockey players could claim to be the number one in hockey history.

Best hockey player ever: Gretzky, Lemieux, Orr or Howe? Vote and share with us who you think is the all time best hockey legend and why. Feel free to add other names of distinguished players to the comment section below