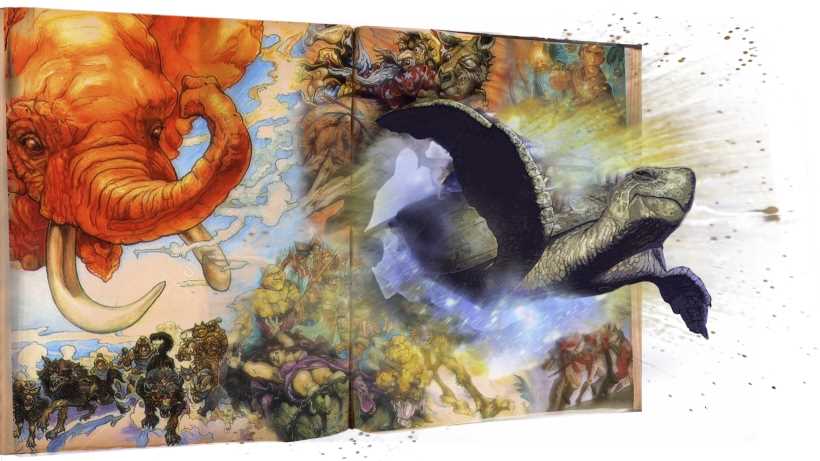 Sir Terry Pratchett has passed away and the copies of his unfinished novel destroyed by steamroller as he wished it. However the Discworld will always be with us. Did Pratchett's books inaugurate a new genre, comic fantasy, or are they simply good reads?

It was with great sadness that the world awoke on 12 March 2015 to hear that Terry Pratchett passed away, after several years battling a particularly virulent strain of Alzheimer’s disease. In his lifetime he poured his keen wit, imagination and vast power of storytelling into the Discworld, setting of 40 of his most popular works, visited by some 80 million others who have bought one of his books and lost themselves within. Pratchett's Discworld is arguably the best example of a new genre: comic fantasy.

Resting upon the backs of four elephants balancing upon a celestial turtle, the singular setting of this world might be seen to mirror its individual place in literature. Replete with satire, enchanting descriptions and expressions which have become quoted alongside those of writers and other celebrated people tested by many hundred more years, it takes elements of comic writing, fantasy and philosophy and combines them into a new genre of its own, sometimes termed as comic fantasy. Its sheer scale and depth following Pratchett’s many published books further have helped to build the world’s character as a singular sphere of storytelling.

Alternatively, some see the Discworld as simply another strain of fantasy writing; another take upon the creation of a new world. More frivolous than Tolkien, more light-hearted than Martin and more erratic than Lewis, although undeniably of its own mould, it can be seen to sit amongst them as another great read,  similarly steeped in imagination.

Pratchett’s death was movingly announced on twitter with the merry humour, courage and elegance in writing for which he came to be known: “Terry took Death’s arm and followed him through the doors and on to the black desert under the endless night.” No surprise, thousands of readers have already signed an online petition asking now Death to bring Sir Terry Pratchett back.

Did he leave behind a genre of its own, or just a new fantasy world and some good reads?

Links:
Who wins the Game of Thrones?  Middle-Earth or Westeros?  Dune vs Foundation