DotA 2 vs League of Legends: which one do you consider the best MOBA game? 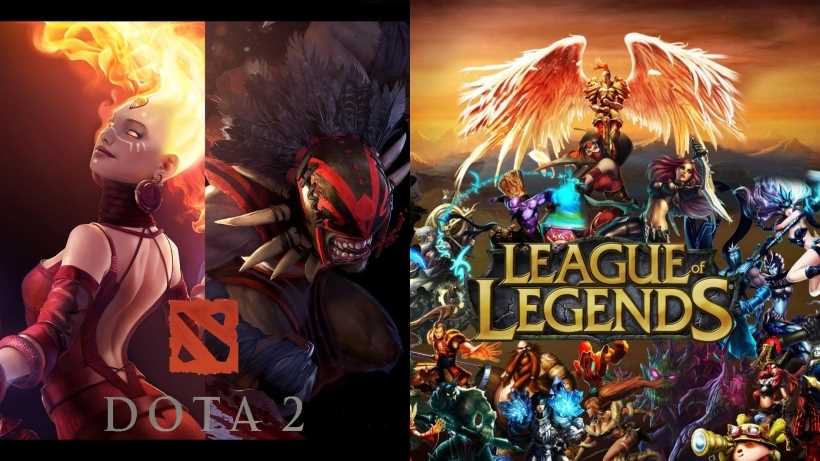 DotA 2 and League of Legends are the most successful multiplayer online battle arena games. DotA 2 vs LoL which is the best MOBA game? Vote and tell us why

DotA 2 vs League of Legends

Multiplayer online battle arena (MOBA) games have become increasingly popular over the last few years. This genre consists of a mix of action, real time strategy and cooperation among team-players. The most popular MOBA games in this genre are Defense of the Ancients 2  (DotA 2) and League of Legends (LoL). Each of these games have hundreds of thousands of loyal players.

Defense of the Ancients 2

DotA 2 is free-to-play PC game released by Valve in 2013. This game is the sequel to Defense of the Ancients (2003) which was a mod for Warcraft III. The development of DotA2 started in 2009 and its beta version was open to the public in 2011. In DotA 2 two five-players teams compete to destroy the stronghold of the rival team called "The Ancient". The game has a top-down isometric 3D view. Each player controls a hero with its own particular skills, powers and style of play. There are 110 different heroes organized in three groups according to their main attribute: Agility, Intelligence or Strength. During a game heroes collect gold, rewards and level up and unlock new abilities which they can use to defeat the rival team. Typically a DotA 2 match lasts 40-50 minutes. DotA 2 is one of the leading competitive videogames which has managed to get over one million players online simultaneously. "The International" is a DotA 2 specific competition which in 2015 has set a new record with a prize pool of over $18 million. "Evil Geniuses", the professional team of gamers which won the "The International", got over $6 million in prizes.

League of Legends (LoL) was developed by Riot Games and launched in 2009. As DotA 2, LoL is based on Defense of the Ancients. The gameplay and mechanics of League of Legends are similar to those of DotA 2. This is 5v5 3D real-time strategy multiplayer game. The typical length of a LoL match ranges from 30 to 50 minutes. Players control champions (more than 120 available) who need to teamwork in order to destroy the other team's "Nexus" or capture and defend some strategic locations on the game map. League of Legends characters also loot items and gold, and level up improving their powers and skills. League of Legends is not only the most played multiplayer online battle arena game, but also the most played PC game, beating Counter-Strike, Fallout 4, DotA 2 and World of Warcraft. In 2014 over 67 million people played LoL monthly, reaching peaks of 7.5 million concurrent players.

The DotA 2 vs LoL rivalry is becoming one of the most salient in the history of videogames. Each of them has its pros and cons and millions of loyal fans. These are some of the main differences between the LoL and DotA 2:

Have you played these games? Which one do you prefer to play or watch playing? Do you think more recent MOBA games such as Smite or Heroes of the Storm will topple LoL and DotA 2 as the most popular games in the genre? Join our discusion (see below).

DotA 2 vs League of Legends: which one do you consider the best MOBA game?  Tell us which of the two you prefer and why!


DotA 2 vs League of Legends: which one do you consider the best MOBA game?