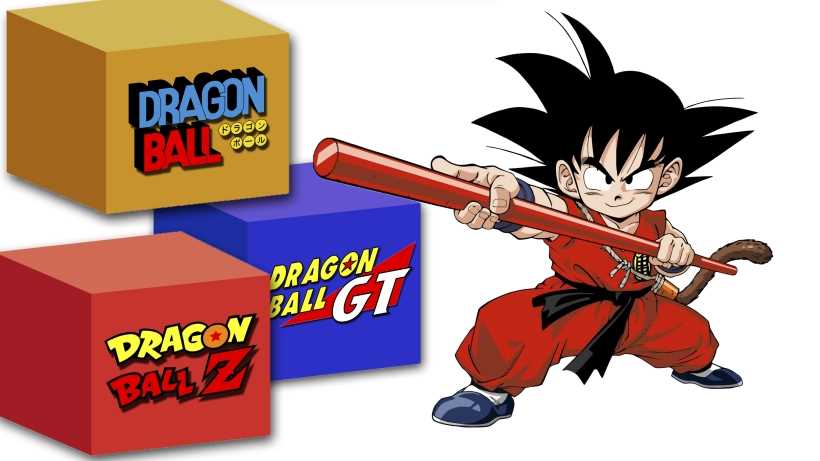 Dragon Ball has captivated millions of anime fans for almost three decades! Let's debate which Dragon Ball series is the best: the original, DBZ or GT?

Dragon Ball was a really funny and entertaining series. Dragon Ball is a Japanese manga by Akira Toriyama, first published in 1984, later adapted to for TV in an animated series first bradcasted in 1986. It’s one of the most worldwide famous manga, with an exceptional duration and more than 500 episodes (if we don’t count Dragon Ball Z remaster). Many of its characters were so memorable. Who does not remember Goku, Krillin, Bulma, Yamcha, Piccolo, Vegeta, .. and even pervy Master Roshi?  We have already debated which anime was better Dragon Ball or Saint Seiya: Knights of the Zodiac, now its time to choose among the three Dragon Ball anime series.

In the original Dragon Ball series a young boy, with a monkey tail, a magic cloud and the ability to transform into a giant ape, called Goku, travelled the world with his friends in a quest to find the 7 mighty Dragon Balls. Whoever gathered the 7 of them could ask a wish to a giant magic Dragon. Goku and most of his friends were experts in martial arts and fight many foes during his adventures.

In Dragon Ball Z, and following a tendency initiated at the end of the original series, Goku, now an adult married with children, had to defeat enemies coming from other worlds to defend the Earth. Each new enemy was stronger, forcing Goku and his friends to improve their fighting skills over and over. Luckily some of Goku's previous foes, like Tenshinhan, Piccolo and Vegeta ended up joining him. The main focus of Dragon Ball Z shifted from the quests for the Dragon Balls to the epic battles against the extra terrestrial enemies, such as the terrible Frieza.

In Dragon Ball GT, Goku had been turned into a child again by the Black Star Dragon Balls. He traveled across the galaxy with Trunks and Pan (his granddaughter) to retrieve the balls. As usual they fought many powerful foes and lived many adventures together.

Although the three series had a similar theme, each of them had some elements that made them distinct: the participation of some characters, the adventures and tournaments, the funny and dramatic moments or the epic fights.

Which Dragon Ball series did you enjoy the most, the original, Dragon Ball Z or Dragon Ball GT? Vote and tell us more about your favourite characters and memorable moments in the series.