Do South American countries have the right to exploit the resources of the Amazon rainforest? 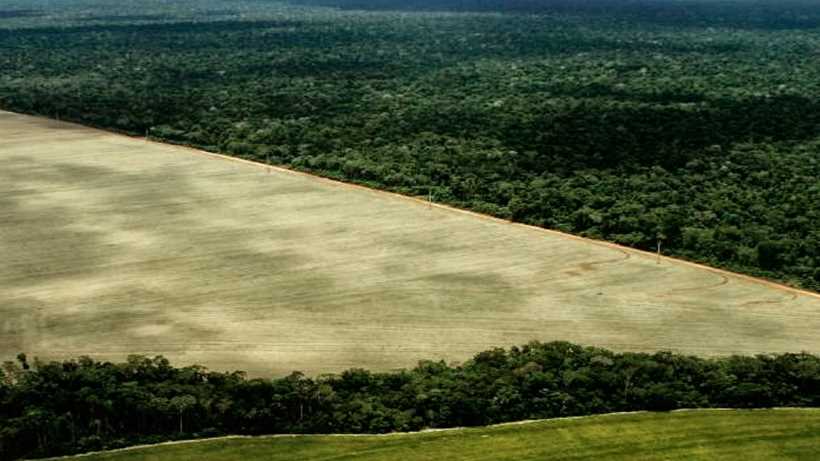 Do developing countries in the Amazon Basin have the right exploit the natural resources of the Amazon rainforest? To what extent? Any alternatives for them?

The Amazon rainforest, covers most of the river Amazon Basin. This basin encompasses 7,000,000 square kilometres (2,700,000 sq mi), of which 5,500,000 square kilometres (2,100,000 sq mi) are covered by the rainforest. This region includes territory belonging to nine nations. The majority of the forest is in Brazil, Peru, and Colombia and with minor amounts in Venezuela, Ecuador, Bolivia, Guyana, Suriname and French Guiana.

Exploiting the Amazon resources: the dilemma

The countries above are in the process of developing their industrial, agricultural and energy sectors. The Amazon rainforest hosts many rich natural resources. These resource-rich countries in South American could profit largely from a more intensive use of the Amazon. At least in the short term they could see their economies boost thanks to the exploitation of minerals, fossil fuels, timber, etc. However, due to deforestation in most other parts of the planet the Amazon has become a crucial asset for the world environmental balance. The Amazon is now considered "the lungs of the world" and one of the most important reserves of eco-diverstity in the planet. Thus, the exploitation of the Amazon resources would entail a huge cost for the rest of the world.

The big dilemma emerges: we all want to preserve the Amazon but is it fair to limit the capacity of South American developing countries to exploit natural resources in their territories? We know that many of the richest countries in the world developed in part thanks to deforestation and intensive exploitation of their own natural resources.  Should these South American countries bear the costs or suffer the consequences of the previously irresponsible behaviour of other countries which extinguished their own forests? Who should pay the opportunity costs of preserving the Amazon rainforest as it is?

Do South American countries have the right to exploit the Amazon rainforest?  Vote here and the Amazon resources should be managed or preserved.
Links:
Is fracking acceptable?  Climate change: are scientists exaggerating?  Should plastic bags in supermarkets be banned or taxed?


Do South American countries have the right to exploit the resources of the Amazon rainforest?