Fashion capital of the world - Which is the true “fashion city”? 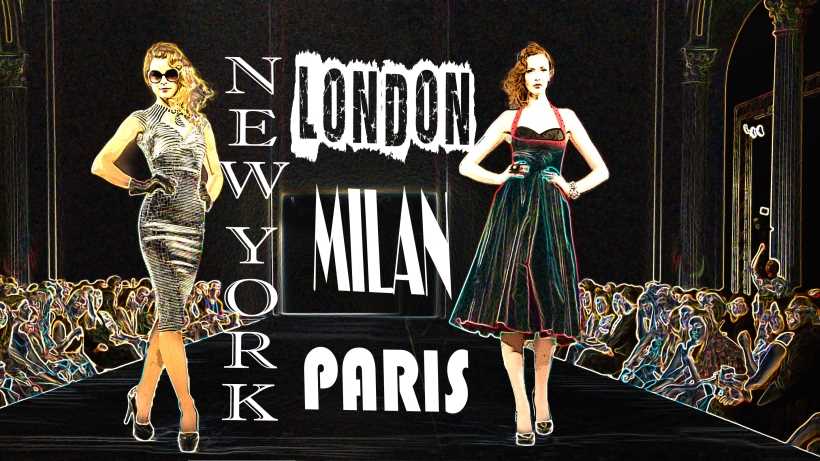 London, Milan, New York and Paris compete to be the world capital of fashion. We contrast the Big Four Fashion Weeks and discuss which of these cities deserves to be considered the true "fashion city"? Vote and tell us why.

Fashion capital of the world

London, Milan, New York and Paris compete to be the world fashion capital and host the most important fashion weeks, attracting the best designers, brands, professional photographers and model agencies. During these events, professionals and trend followers can admire the creations of the greatest houses of both clothes and accessories. Fashion is a way of expressing your personality, claiming your difference or your membership of a subculture.

The history of fashion design can be traced back centuries. The French Court in Paris was historically considered one of the most important fashion centers. Rose Bertin (1747-1813), the dressmaker of Marie Antoinette, Queen of France, is one of the first famous historical designers. Charles Frederick Worth (1825-1905), an Englishman living in Paris, is considered the father of the modern fashion industry. He employed many tailors and thanks to his success he became the first dressmaker who was able to dictate what his customers should wear. French designers contributed greatly to shape the industry. For instance. Jeannee Paquin (1869-1936) was the first to make her showings public and Paul Poiret (1879-1944) the first to host parties after his events.

Paris remained fashion capital of the world and home to most famous haute couture designers until the Second World War. However, in the 1940s and 1950s many designers moved to New York and, fuelled by Hollywood celebrities, America became a new hotspot of fashion. In the 1960s and 1970s Milan also emerged as a world-class fashion center. During the 1990s British brands and designers revitalized London. The city joined Paris, Milan and New York as a major fashion design center.

But what is the current situation, is any of these cities becoming more prestigious or being eclipsed by the others? Read a bit more about them and join our poll and public discussion below.

London Fashion Week is was inaugurated in 1984 and as the other "Big Four" Fashion weeks takes place twice a year, in February and September. The London Fashion Week is organized by the British Fashion Council with the support of the Department of Business, Innovation and Skills of the British Government. This event gathers about 5,000 people, including buyers, designers, and journalists, and it is estimated than orders of over £100 million are placed in each week. Currently the main venue is Sommerset House in central London.

Italy has always been praised for its great artists and crafters and Italians are considered very stylish. Milan​ Fashion Week was inaugurated in 1958 and takes place in February/March and September/October each year. Milan Fashion Week usually follows New York and London and precedes Paris. This Fashion Week is organized by the National Chamber of Italian Fahion (Camera Nazionalle della Moda Italiana). There about 40 events each season and the locations include the Palazzo Reale, Palazzo Clearici, Fabbrica del Vapore, and Palazzo della Ragione among others.

​New York Fashion Week is organized in February and September each year by the Council of Fashion Designers of America. The current New York Fashion Week was inaugurated in 1993, however, New York organized the world's fashion week in 1943 during France's German occupation. The event was later known as "Press Week of New York" since the goal was to promote American designers among fashion journalists who have previously almost exclusively focus on French creations. Today the New York Fashion Week generates $900 million revenues for the metropolitan area and has more than 100 shows.

Paris was historically the capital of clothing design and haute couture. Its Fashion Weeks, inaugurated in 1973 continue to be considered the best, or at least among the top four fashion shows in the world. It is organized twice a year, after the Milan Fashion Week, by the French Fashion Federation and the Carrousel du Louvre is its iconic central venue. There are more than 90 shows, around 1,500 media accredited during the event, and the impact for Paris of the Fashion Week is estimated to more €400 million (excluding sales in stores).

Fashion capital of the world: which is the true “fashion city”: Milan, New York, Paris or London? Vote in our poll and tell us more about what makes each of them so distinctive.


Fashion capital of the world - Which is the true “fashion city”?