Ferran Adrià and Alain Ducasse - revolution vs tradition. Who is the better chef? 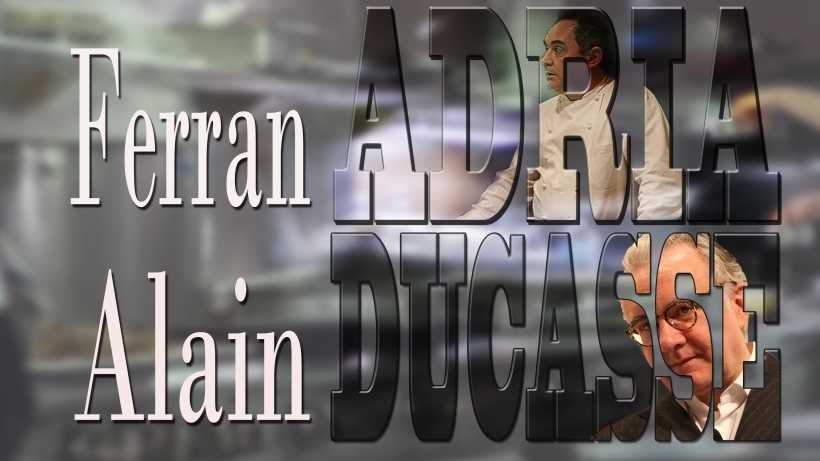 Source: Composite by G_marius based on Charles Haynes' and Bruno Cordioli's images

Ferran Adrià and Alain Ducasse are among the best chefs in the word, but which gastronomic style do you prefer? Revolution or tradition? Vote and explain!

If you look at any list of top gastronomy, no doubt that you will find both Ferran Adrià and Alain Ducasse, since they are widely considered amongst the best chefs in the world.

Ferran Adrià (born in 1962) is a Spanish chef who popularised "molecular gastronomy" and was the head chef of El Bulli, a restaurant which was widely regarded as the best in the world. However, Adrià never really liked the word molecular, and prefers to refer to his cooking style as "deconstructivist gastronomy". His philosophy is to use the traditional ingredients of a dish, then to transform them (texture, temperature), to preserve the essence of the dish, but in a radically different appearance. Adrià has just launched his new restaurant, "Heart of Ibiza", where he is offering a collusion of gastronomy, music and art. For this new experiment he is partnering with the Cirque Du Soleil.

Alain Ducasse is well known for having perfected  the traditional Provençal cooking methods. He is one of the most famous ambassadors the French cuisine. Three of Ducasse's restaurants, in different cities, have been awarded Michelin's top ranking of three stars. Ducasse has opened more than 30 restaurants. He is not working in the kitchen anymore, but has been able to achieve the highest gastronomic standards for his locations.

In this poll, we propose a virtual chef competition. Which of these two international cuisine giants would you choose to cook for you?

Ferran Adrià and Alain Ducasse - revolution vs tradition. Who is the better chef? Vote in our poll and let us know why.


Ferran Adrià and Alain Ducasse - revolution vs tradition. Who is the better chef?