Gran Turismo vs Forza Motorsport: which is the best racing video game series? 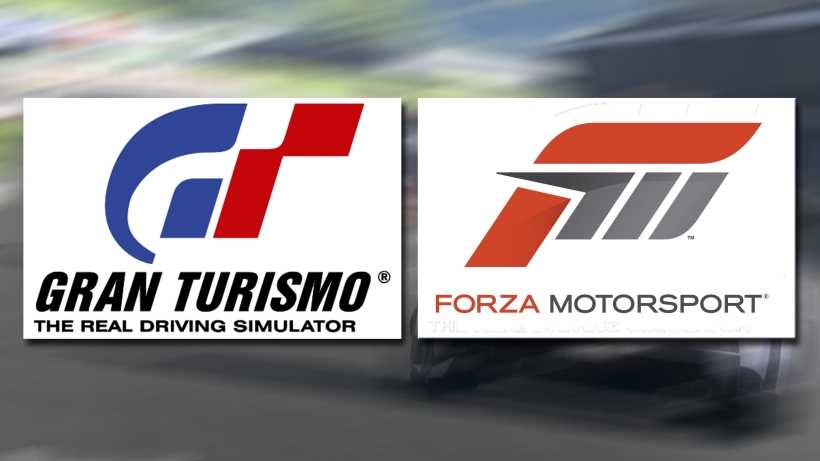 Racing video game showdown: Forza vs Gran Turismo. Playstation vs Xbox. Find out more about these driving simulators and vote in our poll!

Gran Turismo and Forza Motorsport are the most popular racing and driving simulation series in the gaming industry. Their rivalry is amplified because each of these franchises is exclusive to one console platform. Gran Turismo (GT) is the racing flagship series for Playstation since the first title of the series was released in 1997. Forza Motorsport, first released in 2005, was XBox's roaring, petrol-fuelled reply to Playstation's Gran Turismo.

The Gran Turismo series was created by Kazuroni Yamauchi and developed by the Japanese company Polyphony Digital. Sony has sold over 70 million units of Gran Turismo games for PlayStation, Playstation 2, Playstation 3 and Playstation Portable. Gran Turismo is, thus, the top selling video game series in the history of Sony. The graphics and realism of the games are a trademark of the GT series. Gamers can enjoy hundreds of highly detailed vehicles and excellent physics. The latest installment Gran Turismo 6 was released for PS3 in 2013. This game offered 1,226 different cars to drive on 100 different tracks, however this was the least successful game of the series from a commercial point of view. Will the upcoming Gran Turismo 7 (GT7), for Playstation 4, regain the throne of racing games?

The Forza Motorsport series is another critically acclaimed and very popular video game series, published by Microsoft for its XBox consoles. Since 2005, eight Forza games have been released (six instinstallments in the main series plus two Forza Horizon titles). The latest game of the series, Forza Motorsport 6, has been developed by the American developer Turn 10 Studios for the XBox One. New additions include realistic wet-weather driving, some visual upgrades, as well as improvements to multiplayer match-making. Most importantly, Microsoft has ditched the very controversial microtransactions sytem of Forza 5. Until the arrival of GT7, it seems that Forza 6 will become the racing game of reference for console gamers.

Both Forza and Gran Turismo offer great single and multi-player experiences. But which of the two series do you think deserves to be considered the best? These are some of the dimensions / features you may want to consider to make up your mind:

Gran Turismo vs Forza Motorsport: which is the best racing video game series? Vote and explain in the comments sections why. If you prefer another racing series tell us which one.


Gran Turismo vs Forza Motorsport: which is the best racing video game series?