Free roaming in Europe: Is 90 days per year a reasonable time limit? 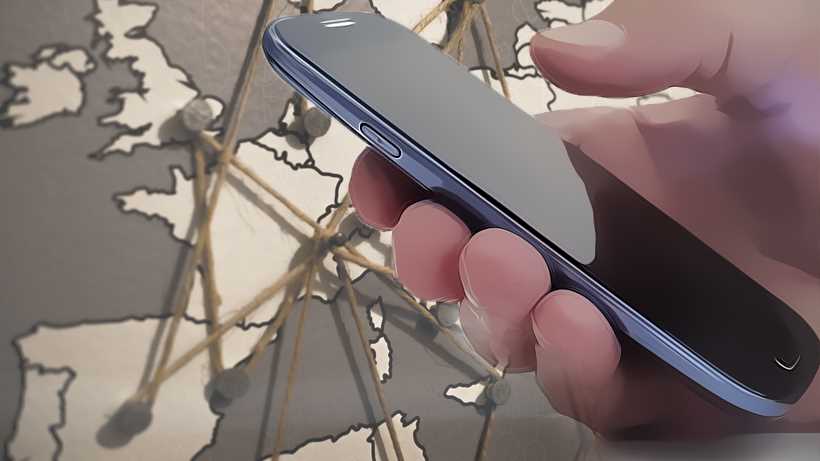 Will free roaming ever be a reality in Europe? European mobile operators lobbied and convinced the EU Commission to propose a 90 day limit. We debate whether this time limit is reasonable in the context of the Digital Single Market.

This debate on free roaming in Europe is based on Dr. Marta Cantero's research on regulatory regimes for electronic communications in Europe.

Dr Marta Cantero is a Post-doctoral researcher at the University of Helsinki where she lectures in EU law, internet regulation and regulated markets. She holds a PhD from the European University Institute in Florence. Her doctoral thesis investigated the institutional and procedural aspects of the telecommunications sector in the EU. Her research interests are Telecommunications regulation, EU law and European Regulatory Private Law. Marta's current research focuses on the EU’s regulatory capacity in unilateral global regulation in the field of telecommunications and the process of standardization of services .

Towards a Digital Single Market for telecoms: the end of Roaming?

Roaming charges have been an issue of heavy political discussion for more than 8 years now. The implementation of the “Connected Continent” Regulation is turning into a tug-of-war between the European Commission and telecoms operators, which entails huge implications for national regulators and, ultimately, for European citizens at large. We discuss the reasons for that and the possible scenarios view of the, as of yet inexistent, Digital Single Market. Will complete free roaming in Europe become a reality?

Roaming charges, the price charged for making or receiving international calls or using mobile services abroad, have been subject to regulation at European level. In 2007, in an attempt to reduce overcharging roaming prices, the EU put in place the “Eurotariff”, a set of capped prices for phone calls made and received, and SMS sent while abroad (Regulation [EC] 717/2007, on roaming on public mobile telephone networks within the Community). For the first time the EU was setting retail prices in the telecoms sector, which gave rise to strong opposition, not only from telecoms operators, but also from national legislators, who were seeing in this initiative a spillover of the EU’s regulatory competences (Case C-58/08, Vodafone).

Initially scheduled to expire on 30th June 2010, this Regulation was amended to extend its validity until 30th June 2012, whilst at the same time extending the caps on charges to SMS and other data transmissions (Regulation [EU] 531/12, on roaming on public mobile communications networks within the Union [recast]).

The impact of these EU Regulations on consumer prices is indisputable. Since the cap prices entered into force, prices for calls and SMS has decreased by 80%, whereas data roaming is currently more than 90% cheaper than it was in 2007 (Source: European Commission).

The maximum tariffs (excluding VAT) for calls, texts and downloading data are:

Despite the attempts to harmonize domestics rules, telecommunications markets in Europe are still fragmented, and there is no single market for telecoms. EU free movements are still lacking an alignment with a single digital framework. Moreover, technological transformations (largely, digital convergence and technological neutrality) have brought about the necessity of overhauling the existing EU Regulatory Framework for Electronic Communications, which dates back from 2009.

Aware of that situation, one of the priorities of the EU Commission under President Juncker’s mandate has been to design a Digital Single Market Strategy for Europe, in order to boost Europe’s competitiveness and to attract innovative –and profitable– new businesses (EU Commission Communication, A Digital Single Market Strategy for Europe, COM(2015) 192 final). Therefore, under the current political agenda, the EU Commission is drafting new rules not only for the provision of telecommunication services, but also to answer the needs of new digital markets. New set of rules are expected in e-Commerce, data protection, digital content and copyright (ibid.).

As for telecommunications regulation, while rolling-out the Single Market Strategy, and continuing with the ongoing work under the previous Commissioner’s for Digital Agenda (Neelie Kroes), the EU Parliament passed an EU Regulation establishing common rules for safeguarding open internet access,* and a plan to gradually eliminate roaming charges (Regulation (EU) 2015/2120, “Connected Continent Regulation”). Under this Regulation, the end of roaming charges for consumers travelling in the EU is set for 15 June 2017.

This very ambitious goal of abolishing roaming charges is encountering strong opposition by European mobile operators. Telecoms operators are concerned about the unfeasibility of delivering free roaming and its impact over plans for infrastructure and network investment. This led the legislator to introduce a “fair use” policy, in order to prevent consumers’ abusive usage of roaming services at domestic price; for example, buying a SIM card in another EU country where domestic prices are lower to use it at home.

Therefore, the original Commission’s draft guidelines, published last week, suggested a time-limit for consumers to roam for free for 30 consecutive days and 90 days per year. However, prompted by members of the European Parliament and consumer organizations’ criticisms, the European Commission, on the instruction of President Juncker, withdrawn the draft three days later.

Now the issue is left to what the Commission understands as “periodic travel”. We ask: what do you think should be the position of the Commission in Roaming?  Is 90 days per year a reasonable time limit? Should roaming be completely abolished?

* The regulation of open internet (network neutrality) and the regulation of over-the-top players (OTTs) requires a separate treatment and discussion. A second debate will take place on the occasion of the Commission’s proposals to be delivered 13th September 2016.

If you want to promote your own scholarly debate, lecture, research project or academic article, contact us: university[a]netivist.org
Free roaming in Europe: Is 90 days per year a reasonable time limit? Vote and explain why. Feel free to propose an alternative solution on the discussion forum below.


Free roaming in Europe: Is 90 days per year a reasonable time limit?