New claims for German World War Two reparations to Greece: a fair request or an attempt to instrumentalize history? 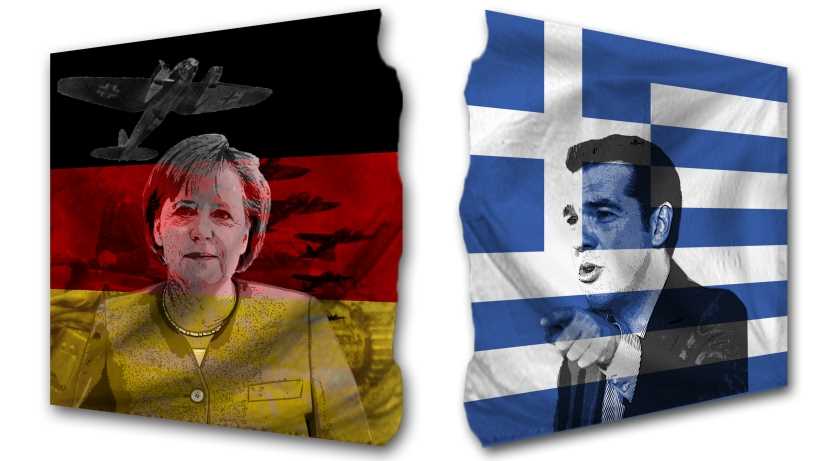 Does Germany really owe Greece a compensation for Nazi occupation during WWII? Are the claims for German war reparations simply an attempt of manipulation in the bailout repayment negotiations?

After discussing Greek claims over the Parthenon Marbles, we focus now on an even more difficult diplomatic challenge. The new Syriza led Greek government has quantified that Germany owes to Greece €278.7 billion ($303.1 billion) due to the damages caused by the Nazi occupation during World War Two. This claim coincides with the debt crisis in Greece and the negotiations of the repayment of the €278.7 billion bailout with the international creditors. It is not a secret that Germany has been the main actor requesting Athens budget cuts, selling off public assets, and implementing deep reforms in the labor job market. The declared anti-austerity Syriza government has clashed several times already with Berlin. The question is whether these new and more specific claims for war reparations are a fair request or simply an attempt by the Greek government to instrumentalize history in their favor.

German war reparations to Greece: the legal and ethical conundrum

The dispute between Greece and Germany over the issue of World War Two reparations is marked not only by the complexity inhered in judging claims to historical justice by contemporary standards but also by its entanglement with debt-related political controversies evoking strong emotional responses from both sides. The issue is primarily a legal dispute and both countries, while not officially engaged in litigation, hold specific legal views on the matter. However, the periodical revival of the Greek claim for reparations against Germany is not exclusively a legal dispute; it also has an ethical and political dimension that is hard to disentangle under the debris of emotional responses surrounding it. Part of the Greek fury can be explained by what they understand as modern Germany’s ungratefulness and lack of historical memory.

Having learned from experience, the Allies in 1945 did not impose reparations upon Germany. Rather than hold to a moral right to exploit enemy resources, as had been done previously, the victors underscored future reconciliation and assisted its defeated enemies to re-establish themselves. Yet, now that Germany’s former enemy and current debt-strapped ally is suffering under belt-tightening policies, Greeks are inevitably making historical comparisons demanding that their historical magnanimity be reciprocated in the context of the eurocrisis.

German public opinion, on the other hand, tend to interpret the Greek demands as a direct attack to their deeply embedded conviction that post-war Germans have proven to be committed and responsible Europeans. In fact, any claim about Germany’s outstanding debts is immediately perceived as a deeply resented accusation that the country has not adequately addressed its world war failings. Germans resent what they perceive as the desperate attempt by the Greek government to instrumentalise a serious issue of historical justice. Greeks point to the ferocity of Nazi atrocities in Greece during the war such as the massacre of 218 people in the village of Distomo.

The views of the German and Greek governments on the final settlement of World War Two damages seem to be at odds. Likewise their ideas about how to resolve the current economic crisis are very different. But what do you think?

Are Athens' new claims of war reparations a fair request or an attempt to instrumentalize history during bailout negotiations? Vote and comment
Links:
Is austerity necessary to solve the crisis?  Should the Parthenon marbles be returned to Greece?  Is the financial crisis just the harbinger of change?


New claims for German World War Two reparations to Greece: a fair request or an attempt to instrumentalize history?