Gibraltar: Spain or UK? How should the dispute be settled? 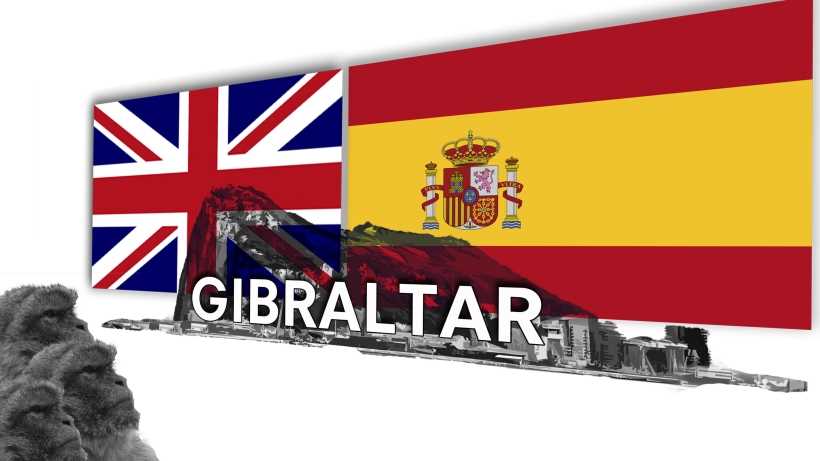 Gibraltar was ceded to Britain in the 1713. Spain claims its sovereignty, but population wants to be British. How should the dispute be settled?  Is co-sovereignty an option?

The Brexit vote reopened a long conflict between Spain and the UK. People in Gibraltar largely voted to remain in the EU during 2016 Brexit referendum (96%). However, the UK heads towards a hard Brexit and this creates great uncertainty for the habitants of the British colony. Gibraltar seems to have become a bargaining chip in the negotiations with Brussels. The EU has given Spain the capacity to veto a Brexit deal applying to Gibraltar. Gibraltarians fear that the fence that separate their territory from Spain may close again and the times of insulation may come back. Spanish government may be facing the biggest opportunity to regain sovereignty over the island in decades. Although people in Gibraltar have a strong British identity, they believe that if the border with Spain is closed and they lose EU rights, their quality of life would be very negatively impacted. If Gibraltar does not obtain a favorable deal with the EU, even its financial industry may suffer. What to do in that case? Can Britain somehow compensate for this loss? How should the dispute be settled? What do the people of Gibraltar think of the way the Brexit negotiations with Brussels have been conducted?

History of the Gibraltar dispute

Gibraltar is a British Overseas Territory located in the South of Spain (Province of Cadiz in Andalucia). The isthmus has an area of 6.7 km2 and around 30,000 inhabitants.The sovereignity of Gibraltar is a major point of dispute between the United Kingdom and Spain. An Anglo-Dutch force captured Gibraltar in 1704 during the War of Succession in Spain on behalf of Archduke Charles of Austria, the Habsburg pretender to the Spanish Throne. In 1713, Gibraltar was ceded "in perpetuity" to Britain under Article X of the Treaty of Utrecht. This was confirmed in later treaties signed in Paris and Seville. However Gibraltar has remained a permanent cause of friction between these two states.

Gibraltar's location is of major strategic importance for controlling access to the Mediterranean Sea, as proved in World War II. It consists of a natural fortress called The Rock or Peñón. After two failed attempts to recapture the territory by force during the thirteenth siege (1727) and the Great siege (1779–1783), Spain continues to reclaim Gibraltar by peaceful means. According to the Spanish government, under the Treaty of Utrecht only certain properties in Gibraltar were ceded to Britain, but not the entire territory of the isthmus. Article X states that the King of Spain:

"yield to the Crown of Great Britain the full and entire propriety of the town and castle of Gibraltar, together with the port, fortifications, and forts thereunto belonging; and he gives up the said propriety to be held and enjoyed absolutely with all manner of right for ever, without any exception or impediment whatsoever."

Spain claims that over half of the isthmus was occupied illegally by the British throughout the 19th Century. There is no room for colonialism in the 21st Century European Union. Spain also accuses Gibraltar of tolerating smuggling, tax evasion and money laundering, which is contributing to empoverish one of the of the provinces in Spain with lower average income.

For many years, Spain has insisted that Gibraltar's is a bilatera territorial dispute between its goverment and Britain, a principle reflected in the United Nations resolutions on the decolonisation of Gibraltar in the 1960. However, Gibraltarians reject a union with Spain. An agreement of joint sovereignity reached between the UK and Spain was rejected by the local population in a referendum in 2002. Since 2004, the Spanish government changed its position to include the government of Gibraltar in its negociations. Furthermore, under the Gibraltar Constitution of 2006, Gibraltar governs its own affairs. Its defence and foreign affairs remain the responsibility of Government of the United Kingdom.

Is the triggering of Article 50 by Theresa May and Brexit changing things? What do you think will happen next? Which would be the best solution for this ongoing conflict?

How should the Gibraltar dispute be settled? Vote and explain below why Gibraltar should remain in the UK, go back to Spain, have shared sovereignty or become an independent state.


Gibraltar: Spain or UK? How should the dispute be settled?