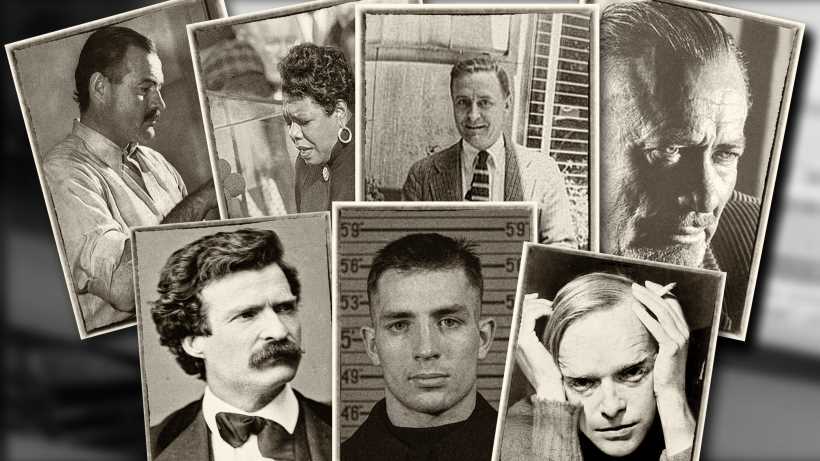 America gave birth to many genius writers like Hemingway, Fitzgerald, Angelou, Capote, Kerouac, Steinbeck or Twain. Who was the greatest among them?

On netivist we already had great debates about literature from different countries. We discussed who was the best Russian writer between Dostoyevsky or Tolstoy, we talked about famous British mystery writers such as Agatha Christie and Arthur Conan Doyle or we had a debate about Scandinavian crime literature. This time we focus on some of the greatests American writers.

As countries go, America has not been around very long at all. Its writers, however, have wasted no time in creating some of the most profound and popular works of literature ever written, inspiring change in politics, culture and identity, and enrapturing audiences across the globe. But who do you think is the greatest?

The individual style of each of the nation’s greatest wordsmiths can make them difficult to compare. F. Scott Fitzgerald’s (1896 – 1940) intense characters take form through beautiful description and elegant metaphor, whereas Ernest Hemingway (1899 – 1961) forgoes the lashings of vibrant language to convey an incredibly powerful tale shortly and simply in his The Old Man and the Sea. Both books, however, are often considered the ultimate American novel.

Maya Angelou (1928 – 2014), whose plays and poems rocked the country’s politics and culture and made a great contribution to the civil rights movement, similarly might be crowned the best. John Steinbeck (1902 – 1968), however, similarly made many people question how close reality was to the great American Dream. Shoulder-to-shoulder in the running are surely Mark Twain (1835 – 1910), famous for his silver-tongued wit and author of The Adventures of Huckleberry Finn and more modern authors such as Truman Capote (1924 – 1984) and Jack Kerouac (1922 – 1969). Both these later writers captured the essence of souls in chaos, struggling to come to terms with their place in the world around them, or perhaps its effect upon them and their identity.

All of these writers are masters of their craft, but each explores there world in their own, powerful way. Whose work do you think earns them the title of the greatest American writer? Vote and comment below!