Is it justified to have guns at home for self-defense? 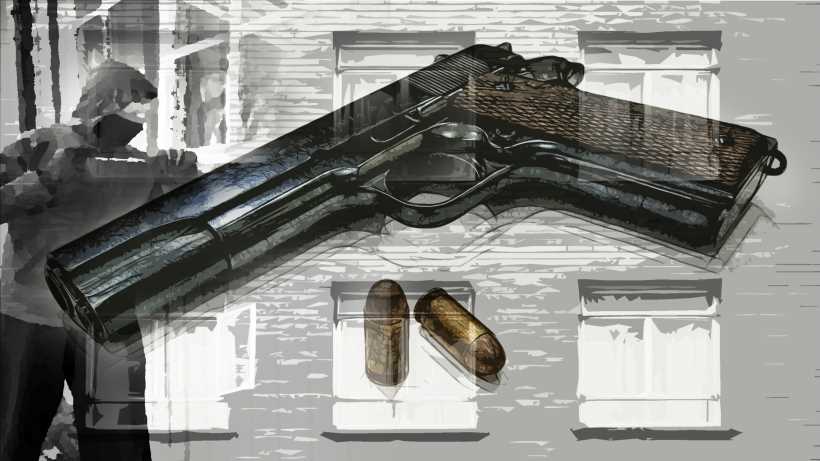 Source: Composite by G_marius based on a Marcelo César Augusto's image.

Are guns a good way of protecting your home and family? Do guns increase the risks of someone getting hurt? Join our debate on self-defense and firearms.

Guns and gun control are important policy issues in modern societies. In theory, governments, and in particular the police forces, are in charge of protecting citizens and their homes. However, crime is still a big problem and self-defense may justify ownership of firearms. Thousands of families suffer burglary and other forms of assault in their homes every year. Some people argue that protecting ourselves is part of human nature and, thus, people should have the means to do it. The possession of one or several firearms may help defending our properties and families from thieves and other criminals that try to break in our homes. This is particularly the case in situations where police are ineffective and crime rates are high. Some scholars suggest that regulation allowing law-abiding citizens to carry guns legally in public may reduce crime rates. According to this argument, potential criminals, not knowing who might be carrying a weapon, may be less prone to assault other people (1).

However most statistics show that having guns home increase the risk of lethal accidents, domestic violence or suicides. The misuse of guns is very common. The Harvard Injury Control Research Center, found that the rate of gun homicide, and the total homicide rate was significantly correlated with levels of gun ownership (2). In the US it was found that there is also correlation between right-to-carry gun laws and higher crime rates. This correlation is particularly significant in the case of aggravated assault rates (3). While in the US firearm ownership is seen as a civilian right, and and a socially acceptable means of self-defense, in most countries the possession of guns is severely restricted. The number of mass shootings seems to be correlated with gun possession. Unfortunately every year the US suffer several extremely serious mass shootings, some of them take place in schools and universities.

And where do you stand? Do you think guns are a good way of protecting your family and properties? Or do guns contribute to generate more risks and violence even when their intended purpose is self-defense? Should guns be banned?

Is it justified to have guns at home for self-defense?  Vote in our poll and tell us why we should or not have guns home.


Is it justified to have guns at home for self-defense?