Are Harry Potter fans going too far with their cosplay and paraphernalia? 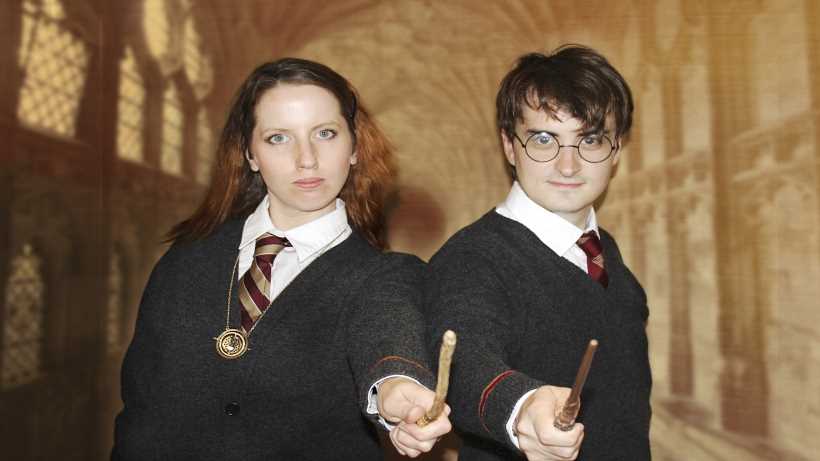 Source: Composite by G_marius based on a Jim H's image

Harry Potter's books and movies may be great. But are fans going too far with their cosplay and paraphernalia in their attempt to imitate their heroes? Is Pottermania just a fun way of paying tribute or a ridiculous form of adoration?

After debating about The Lord of The Ring and The Hobbit, Middle Earth and Westeros, the intriguing ending of Game of Thrones and the beauty of Pratchett's Discworld, we now travel to the fantasy world of J.K. Rowling.

Harry Potter is one of the most successful book series of all times. The story has been adapted into eight films which obtained amazing box office figures (around 2.4 Billion dollars accumulated). The popularity of Harry Potter's books and movies was such that now their fans can enjoy a theme park, opened in 2014 in Orlando, and guided tours in the Warner Bros Studios in London where the movies where shot.

Fans are eager to participate in cosplay events and to acquire any Harry Potter paraphernalia available to recreate the stories of their heroes in the real world. It is not unusual to find people wearing the same haircut, glasses and gowns, or carrying wands and brooms as the most popular characters in the movies: Harry, Hermione and Ron. Many items are available for purchase and often fans craft their own.

Maybe one of the most surprising activities of the fans of the young wizard is the organization of Quidditch games. Quidditch is a fictional sport played by wizards and witches while riding their flying broomsticks. In the real world, Harry Potter fans play Quidditch on the ground, but still riding broomsticks. There are now even national federations for this sport. Obviously their brooms don't allow them to fly as those of Hogwarts' wizard aprentices (check the video below to see how funny this game is in real life).

Some consider all these activities and costumes a tribute to the books and movies and a way to have fun. Others find these practices ridiculous or a sort of inappropriate adoration. Do you like these costumes and activities or you find them foolish? Do you think Harry Potter fans are going too far with their cosplay and paraphernaly in their desire to recreate the fiction?  Vote and discuss.


Are Harry Potter fans going too far with their cosplay and paraphernalia?