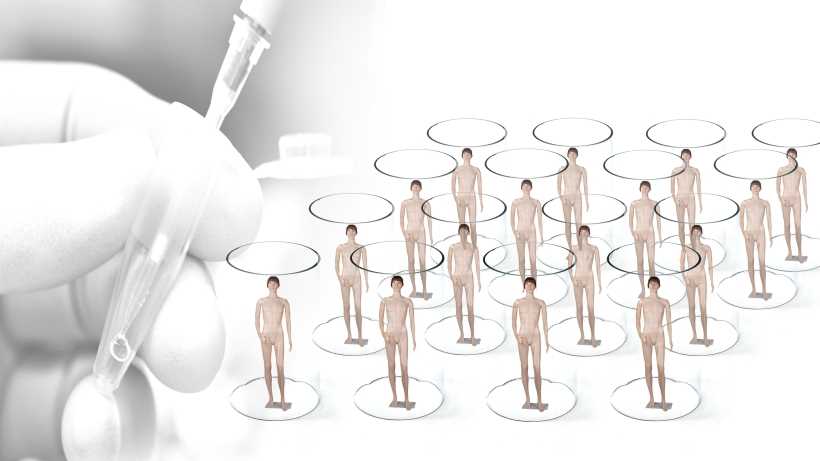 Source: Composite by G_marius based on University of Michigan School of Natural Resources image

Human cloning is possible but unlawful in most countries. We discuss the pros and cons of genetic engineering and cloning, and whether it should be legal. This is your opportunity to convince other people to support or oppose to human cloning. Leave your comments below.

What is human cloning?

Human cloning refers to the creation of replicas or identical copies of human through genetic engineering techniques. Human cloning was a popular theme in science fiction literature but technological progress has made possible the clonation of species. Scientists have already managed to successfully clone plants and animals and in theory using similar technologies they could also create copies of humans. There are two processes through which humans could be in theory cloned:

The impact that human cloning could have on our societies and future populations have made this topic extremely controversial. Although there are many pros in terms of innovation, reproduction and health, there are also several drawbacks from the ethical and legal perspective. Many countries such as the Australia, Canada, and the United Nations have already passed laws to ban human cloning. However, the issues is far from being settled. Many voices are arguing in favor of human cloning and others are stauch opponents to the legalization of this practice.

Many science fiction movies, such as Gattaca, The Island or Moon have dealt with the implications of genetic engineering and human cloning. Most of them have portrayed a somewhat dystopian future and emphasize the problems of genetic manipulation. However, it is also important to stress the potential benefits of human cloning. Here is a list of its pros:

On the other hand we cannot omit the dangers that human cloning may bring to our societies. This is a list of some of the most commonly argued cons:

Do you think the pros of human cloning outweigh its cons? Should we allow scientists to clone humans (or parts of humans) for therapeutic and or reproductive reasons?

Genetic engineering debate: Should human cloning be legal? Vote in our poll and tell us what you think and why.