Is humanity doomed? How will humans go extinct? 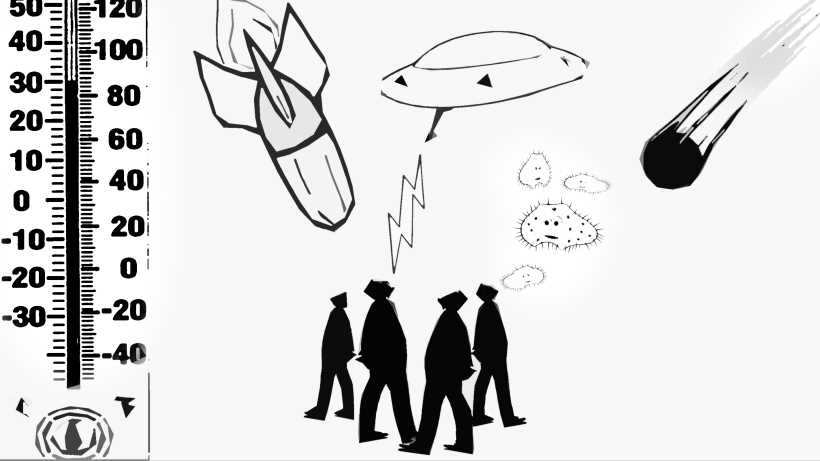 In five billion years the Sun will destroy our home. But humanity could go extinct much earlier. Are we doomed? We discuss how human life will go extinct.

Not a cheerful debate today! Over the next five billion years the Sun will deplete all its hydrogen, turn into a red giant, and destroy Mercury, Venus and life on our planet. However some scientists argue that human life will go extinct much earlier on Earth. We discuss here whether the humanity is doomed and the most likely causes of future human extinction.

The optimistic scenario implies that humans learn how to adapt to adverse conditions and overcome all challenges they encounter. Throughout history humans have demonstrated great resilience and capacity to find solutions to all problems faced. Humans would survive, most likely by developing food, medical, defense and space travel technologies. Humans would live on Earth until the conditions would become so harsh that they are forced to emigrate. Humans would establish settlements and colonies on other planets and satellites.

There are many potential causes for human extinction. These may all sound familiar to you because science fiction literature, video games and movies have long described these catastrophic scenarios. Out of the many dangers for humanity we have selected a few (feel free to add others to the comment section below):

Is humanity doomed? How will humans go extinct? Vote and explain how you think humanity will end. Please add other scenarios to the comment section below.


Is humanity doomed? How will humans go extinct?