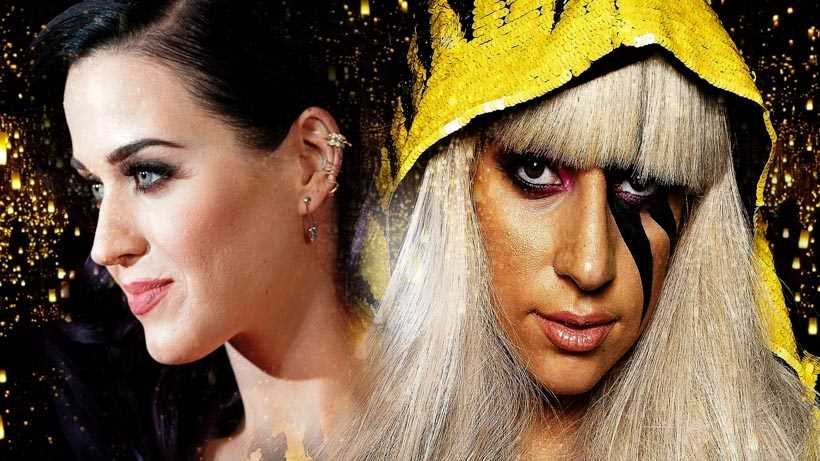 Katy Perry and Lady Gaga are two extraordinarily successful and controversial American pop singers. Who deserves to be crowned the new queen of pop?

Kate Perry and Lady Gaga are competing to replace Madonna as the new "queen of pop". They have sold tens of millions of singles, have millions of fans and attract enormous media attention. Both Perry and Gaga are known by their over-the-top fashion, quirky stage props, and catchy songs.

Katheryn Elizabeth Hudson (best known by her artistic name, Katy Perry) was born on October 25 of 1984. She is an American singer, songwriter, actress, businesswoman and philanthropist. She became famous worldwide in 2008 with her single "I Kissed a Girl" and has released many other blockbusters since then such as "Fireworks", "Last Friday Night (T.G.I.F.)", "Roar" or "Dark Horse".

Stefani Joanne Angelina Germanotta (also best known by  her stage name, Lady Gaga) was born on March 28 of 1986. She is an American singer, songwriter, record producer, actress, businesswoman and philantropist. Her worldwide fame also came in 2008 with the hits "Poker Face" and "Just Dance". The next year, she released huge successes such as "Bad Romance" or "Alejandro". Her more recent works include hits like "Born This Way", "Do What U Want" or "Applause".

Where do your loyalties lie? Who of the two do you think is leaving a stronger legacy in the pop scene?

New queen of pop: Katy Perry or Lady Gaga? Vote and tell us why you prefer a Gaga or Perry