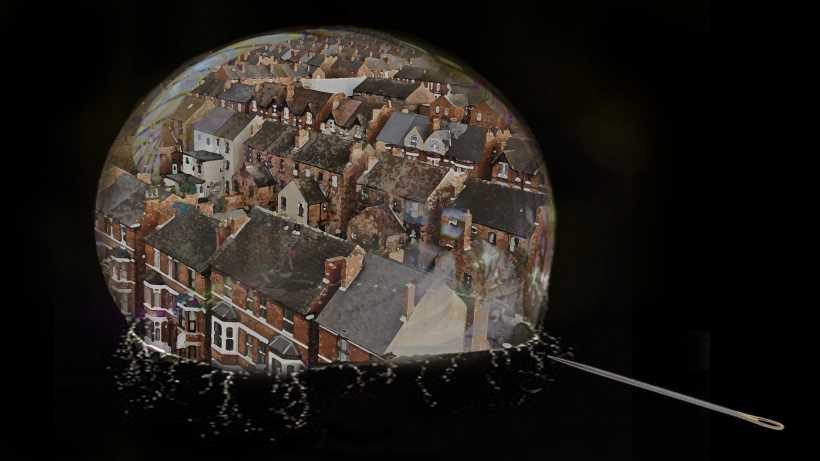 London property prices are among the highest in the world. We discuss if London has a housing bubble and the chances that it will burst soon. Vote & debate

Speculation, economic growth, employment and immigration all contributed to higher housing prices. The crisis and credit crunch acted as a pin to burst the property bubble emerged from a decade of economic boom in London. During the second half of 2007 and 2008 prices felt quickly. However, from 2009 real estate prices in the capital of the UK have grown again setting all time record in 2014.

Throughout the second half of 2014 the already very high prices, together with stricter lending policies and stagnation of wages had contributed to a gradual decline in property prices. During the recent elections campaign some warned that if Labour get to government the property bubble would burst. But what is going to happen now? The Conservatives have renewed their mandate. The economy continue to show small signs of improvement in the UK and there are still many foreign investors buying property in London. In fact it seems that after the elections housing prices have started to grow again after eight months decreasing.

London property bubble: will it burst?

However there are also strong arguments suggesting that London property bubble will burst sooner than later. First of all, the situation has become unsustainable for thousands of Londoners who see every year their rent increase and increasingly further away the possibility of buying a flat. Social pressures are likely to mount and force the government to implement policies to reduce prices. If wages increase to allow employees maintain their living standards in London, companies would therefore become less competitive. Thus, the current high prices may be undermining the overall competitiveness of the UK capital. Rich foreign investors who have chosen London and help feeding the bubble may soon perceive that there is not as much potential for price growth as a few years ago and may divert their investments to other cities. The increasing amount of new build property may contribute in the long term to lower prices.

Are we approaching a Minsky moment in London in which suddenly all investors begin to forecast price drops in the housing market and then triggering the burst of the property bubble? Do you think that the bubble will deflate gradually over years? Or do you think that prices will continue to grow for the next few years? Do you think the UK government and the Mayor of London are acting well or feeding speculation?

Is London property bubble going to burst anytime soon?  Will housing prices continue to grow?  Vote and explain why
Links:
Restrict transactions with tax havens?  Should public services be privatized?  Paris vs London