Manga vs American comics: which is better? 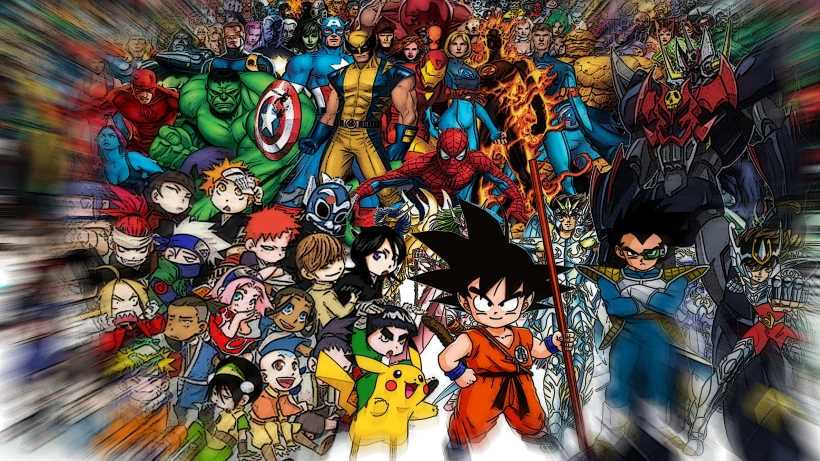 American comics and Japanese manga are read by millions of comic lovers all over the world. But, which format and style is the best? Vote and discuss!

Although there were comic strips in Japan before the Second World War, it was after the defeat and American occupation that the  manga genre developed. Modern manga evolved drawing from differenct sources, such as traditional Japanese drawings, television series, and American comics. In the 1950s and 1960s, Manga series such as Sazae-san (Machiko Hasegawa) and Astro Boy (Osamu Tezuka) paved the way for many other successful series. A fast growing industry emerged around the world of comics and anime, TV cartoon series usually adaptations of popular mangas. Many icononic mangakas (comic artists) and series have reached international success over the last few decades. Akira Toriyama's Dragon Ball,  Katsuhiro Otomo's Akira, Masamune Shirow's Ghost in the Shell, and Hayao Miyazaki's Nausicaä are some of the most popular ones. Mangas cover a wide range of themes: action, martial arts, science fiction, horror, romance, historical drama and even comedy. The art tends to be very dynamic and schematic. Manga series are usually published in black and white with high frequency (in particular if compared with European comics).  Shōnen manga is usually aimed at boys and shōjo manga at girls.

Comic strips were very popular in the US since the end of the nineteenth century. The origins of modern American comics is usually traced back to 1933 with the publication of Famous Funnies: A Carnival of Comics. However, it was in 1938 with the appearance Action Comics and Superman that comic-books initiated their transformation into iconic expressions of pop culture, in what was later called the Golden Age of comic books. Until the end of the Second World War superhero comics dominated American comic books but other themes such as horror, thrillers, and romance emerged as well. With the arrival of TV to American homes in the 1950s, comics experience a decline. However, american comic-books have experienced many revivals, the Silver Age and the Bronze Age of comics. Nowadays thanks to Hollywood movies and TV series, super heroes hare as popular as ever. The two big historical companies DC Comics and Marvel Comics continue to bring us new stories of classics heroes and teams such as Superman, Batman, Spiderman, X-Men, Fantastic Four, The Justice League, and The Avengers. Art in American comics tries to be more realistic and drawings tend to have more details than in Mangas. Creators such as John Romita Jr., Steve Ditko, Frank Miller, and Jack Kirby have contributed to make superhero comics a world phenomenon.

Many fans enjoy both Manga and American comic-books. Both styles have many things in common, such as focus on action and adventure, epic stories, humans with super powers, science fiction, etc. Manga and American comics are heavily influencing pop culture. Fans of both genres like cosplay (costume play).  But we are here to decide which of the two is better.

Manga vs American comics: which is better? Vote and explain why. Tell us about the art, narrative, characters, etc.


Manga vs American comics: which is better?