Miley Cyrus vs Nicki Minaj: who is a better artist overall? 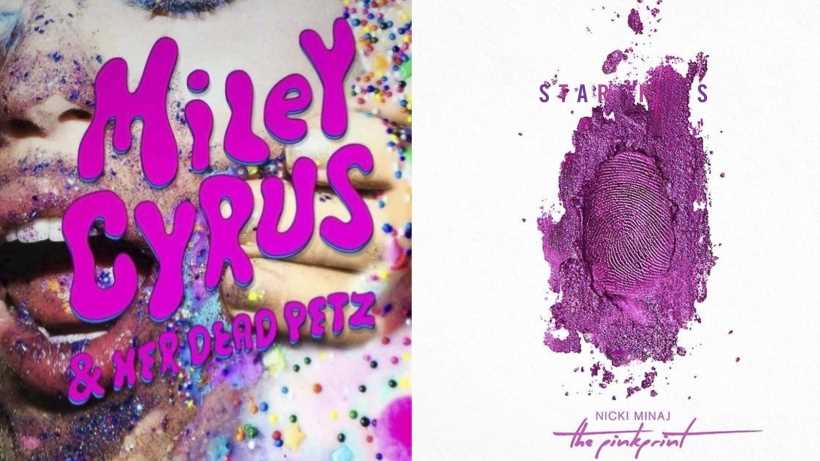 Miley Cyrus and Nicki Minaj are talented singers, famous for their hypersexualized videos and recent public feud. Which of the two is the better artist?

The feud between Miley Cyrus and Nicki Minaj exploded on stage during the 2015 VMA ceremony, hosted by Miley and when Nicki won the award for the best Hip-hop video. The very controversial comments they dedicated to each other followed a history of exchanges and mockery between the two in the media and social networks such as twitter and instagram. However, we are not here concerned with which of the two singers is to blame for this beef, but finding out who the people think is a better artist.

Miley Cyrus is the youngest of the two. This pop singer, songwritter and actress was born in Franklin, Tennessee in 1992. Miley's father is the country singer Billy Ray Cyrus, but she owns her initial worldwide fame to the role of Hannah Montana in the Disney Channel TV series. Her debut album "Meet Miley Cyrus" in 2007 was a great success. Miley Cyrus has alternated her singing and acting career. She has participated in 8 films and released 5 albums so far.

Miley Cyrus has dramatically change her public image throughout this years. She identifies herself as a feminist and genderfluid, supports engaged with many philanthropic causes. Cyrus viral videos (e.g. "We Can't Stop" and "Wrecking Ball"), hypersexualized performances (do you remember her twerking?), controversial statements and provocative looks gain her worldwide media attention. She has five number-one albums on the US Billboard 200 and won several nominations and awards, among which the 2013 MTV's "Artist of the Year".

Nicki Minaj is a trinitarian-born (1982) hip-hop and pop singer, and as Miley Cyrus, a songwriter and actress. Minaj moved from Trinidad to New York when she was 5. After a brief spell with the rap quartet "The Hoodstars", Nicki released her mixtape "Playtime is Over" in 2007 and the following year was named Female Artist of the Year at the Underground Music Awards. However, it was her album "Pink Friday" which granted her wide popularity, reaching number-one in the  US in February 2011. Her following album "Pink Friday: Roman Reloaded" debuted at number one of the US Billboard 200.

As in the case of Cyrus, Nicki has also been praised and criticized by her original and sexy outfits and performances. She has been involved in several public controversies. For instance in 2011, during a live performance on Good Morning America she briefly exposed her breast, which led to protests from the Parents Television Council. Nicki Minaj has had feuds with other singers such as Lil' Kim, Foxy Brown and Taylor Swift. Minaj is famed for changing her image using costumes, wigs and cosmetics and is notorious (almost as much as her bottom), to the extent that some called her the "black Lady Gaga". Nicki has acted in three movies and is preparing a TV comedy series based on her life. Her singing career continues to be very successful. In 2015 she won her sixth consecutive award for the BET Best Female Hip-Hop Artist and her "Anaconda" video earned her the 2015 VMA Best Hip-Hop Video Award.

Miley Cyrus vs Nicki Minaj: who is the better artist overall? Vote, explain us why, and share. Let's find out which of the two singers has more fans


Miley Cyrus vs Nicki Minaj: who is a better artist overall?