Bach, Mozart or Beethoven: who was the best classical music composer? 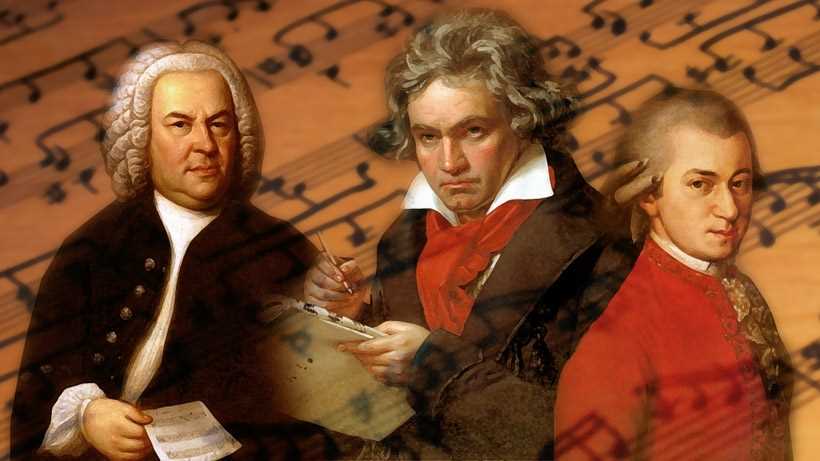 Source: Composite by G_marius based on Jorge Franganillo's image and other images of public domain

Bach, Mozart and Beethoven were three musical geniuses and among the best composers of all times. But which one of the three do you think was more influential overall?

Bach vs Mozart vs Beethoven

Bach, Mozart and Beethoven are some of the most praised music composers. Music connoisseurs often compare these three geniuses and their influence on contemporary classical composers is enormous. We list the most significant pieces of Bach, Mozart, and Beethoven and collectively decide who among them deserves to the title of all time best.

Johann Sebastian Bach (31 March [O.S. 21 March] 1685 – 28 July 1750) was a German composer and musician of the Baroque period. He enriched established German styles through his skill in counterpoint, harmonic and motivic organisation, and the adaptation of rhythms, forms, and textures from abroad, particularly from Italy and France. Bach was famed mainly for his keyboard skills and for the many pieces he wrote for the churches where we worked. Bach's music is revered for its technical command, artistic beauty, and intellectual depth.

Wolfgang Amadeus Mozart (27 January 1756 – 5 December 1791) was a prolific and influential Austrian composer of the Classical era. He composed over 600 works, many acknowledged as pinnacles of symphonic, concertante, chamber, operatic, and choralmusic. He is among the most enduringly popular of classical composers, and his influence on subsequent Western art music is profound.

Ludwig van Beethoven (baptised 17 December 1770 – 26 March 1827) was also a German composer and pianist. A crucial figure in the transition between the Classical and Romantic eras in Western art, he remains one of the most famous and influential of all composers. His best-known compositions include 9 symphonies, 5 concertos for piano, 32 piano sonatas, and 16 string quartets. He also composed other chamber music, choral works (including the celebrated Missa Solemnis), and songs.

YouTube video lists with some of the best pieces from Bach, Mozart and Beethoven. Enjoy this excellent music

Bach, Mozart or Beethoven: who was the best classical music composer? Vote in our poll and tell us which are the best works of these legendary artists.


Bach, Mozart or Beethoven: who was the best classical music composer?