Nike or Adidas: which sports brand do you prefer? 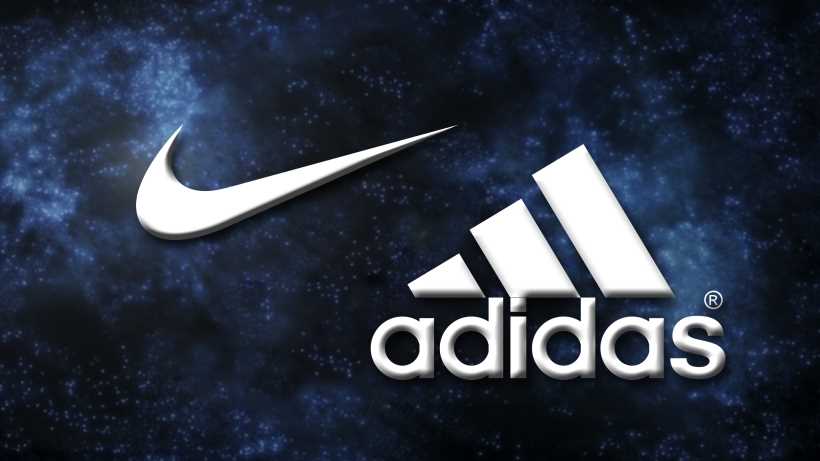 Nike and Adidas are the biggest sport brands, and their rivalry is one of the best known in the business. Which one do you prefer? Vote & tell us why

On Netivist, we love to compare iconic brands. We are already discussing great business rivalries such as Mercedes vs BMW, Canon vs Nikon and McDonald’s vs Burger King. In this debate we focus on sports, and more specifically, on sports footwear, apparel, equipment and accessories brands.

Nike vs Adidas: History of the brands

Adidas is the oldest of the two companies. The name comes from the founder, Adi Dassler. The German entrepreneur had already provided new sport shoes to gold medal winning athletes at the Olympics before the Second World War (including Jesse Owens in 1936) and re-started his activity after World War II, founding the Adi Dassler adidas Sportschuhfabrik in 1949. The brand became famous worldwide when Germany won the 1954 football World Cup. Adidas equipped many teams and athletes and was the leading brand until the 80’s, when other brands such as Nike or Reebok reached global audiences thanks to aggressive marketing strategies. At the end of the 80’s, Adidas underwent many financial problems, but thanks to a change in management and strategy recover and became again a leading sportswear brand. The company bought Reebok in 2006. Today Adidas' revenues are about 18 billion dollars and has more than 50.000 employees.

Nike is an American company founded by Bill Bowerman and Phil Knight in 1964, but only in 1971 the name Nike was adopted as a reference to the Greek goddess of victory. The company quickly grew, thanks to innovative products and a sponsoring strategy that included endorsing stars such as Michael Jordan. Despite some controversies (about sweatshops or child labor), Nike has been the number one sports apparel company for many years now. The company also acquired other iconic brands such as Converse (2003).

Even if both brands are present worldwide and they sponsor the best Olympians and athletes, each of them is stronger in some sports or geographic area. While Adidas has had traditionally a stronger presence in Europe and has focused in football (soccer), Nike has sponsored many American basketball players. This companies have contributed to rivalries. Lionel Messi is currently the most prominent athlete sponsored by Adidas, while his greatest rival, Cristiano Ronaldo, is endorsed by Nike. But at the same time, Adidas sponsors Real Madrid and Nike backs FC Barcelona. This is not new. Similarly, Adidas and Nike took part in the French vs Brazil rivalry in the late 1990s and early 2000s. France and Zidane (Adidas) Vs Brazil and Ronaldo (Nike). Very often, the two brands fight for the same talented athletes or the same teams. In NBA, Kobe Bryant was first endorsed by Adidas before he changed to Nike a few years after. More recently Adidas is replacing Nike as Manchester United kit sponsor.

Nike or Adidas: which sports brand do you prefer? Vote and share your experiences with these two brands
Links:
Fastest man in the world  Is Jordan the best sportsman of all times?  Nicklaus vs Woods


Nike or Adidas: which sports brand do you prefer?