Old World vs New World: which wine do you prefer to buy? 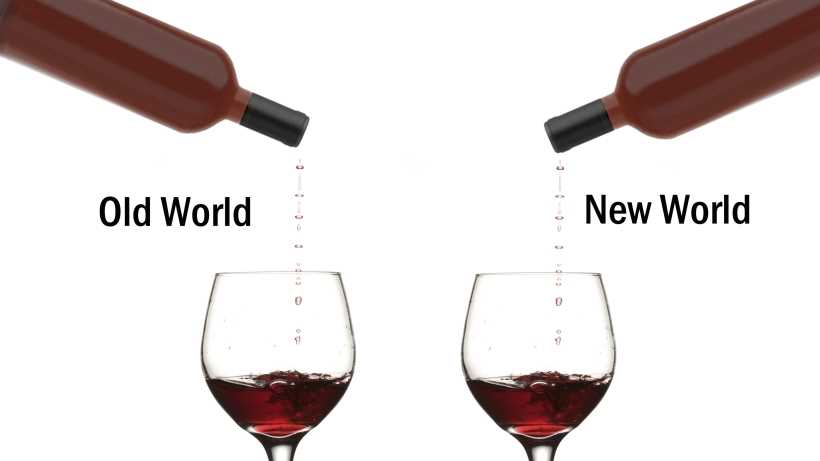 Tradition vs innovation in viticulture. What type of wine do you prefer to buy or recommend: Old World or New World wine? Tell us about your favorite ones.

History of wine: from the Old to the New World

When we talk about New World wines we refer to the wines that have been produced outside Europe and the Middle-East. Countries such as Italy, France, Spain, Portugal or Greence, have been producing wine for many centuries. In fact the history of wine is deeply intertwined with that of agriculture and Western civilization. UCLA researchers discovered in Armenia the remains of the winery dated to circa 4100 BC. However, archeologists have found evidence of earlier winemaking in Georgia (c. 6000 BC), Iran (c. 5000 BC), Macedonia (c. 4000 BC) and Egypt (c. 3000 BC). Thanks to the exchanges with Egyptians, both Jews and Phoenicians also adopted the wine culture. It was mainly thanks to the intensive trading activity of the latter throughout the Mediterranean Sea that wine expanded throughout Southern Europe and Northern Africa.

The modern culture of winemaking derives from Ancient Greece and was greatly promoted by the Roman Empire. Viticulture continued to evolve over the centuries. During the middle ages it became very popular for all social classes in Southern Europe, but also exported to Eastern and Northern Europe, where beer was the most popular drink. While for Catholic Cristians wine was a central part of the Mass rite,  the expansion of Islam limited viticulture in the Middle-East.

Spaniards and Portuguese where the first to cultivate wine in America right after the discovery of the new continent, partly due to the costs of importing it from Europe, required mainly for religious purposes. Throughout the sixteenth and seventeenth centuries wine production was introduced in Mexico (including California and Texas), Brazil, Peru, Argentina and Chile. Dutch settlers created some wineries in South Africa at the end of the seventeenth century. The British started to produce and sell wine in Australia at the beginning of the nineteenth century, and Croatian immigrants were responsible for the introduction of viticulture in New Zealand. Some of the wars during the nineteenth and twentieth century made viticulture dwindle in many parts of America. However some regions, such as Mendoza in Argentina and Chile, consolidated their production and followed the latest techniques and innovations in viticulture that were taking place in Europe. South Africa, California, Australia and New Zealand also saw their wine industry flourish to the extent that they could successfully compete with European wines.

Wine is central to the Southern Europe gastronomy. The New World competes now in red and white wines with Europe. Not all the varieties of grapes and wines have from Europe have become popular in the New World wineries. However, many of those initially imported varieties have become so popular that are now considered almost a trademark of New World wines, such as the case of Malbec in Argentina, Carmenère in Chile, and Zinfandel in California. Other varieties such as Merlot, Cabernet Sauvignon, Pinot Noir, Riesling and Chardonnay, are as commonly found in New World as in Old World wines.

Some argue that the traditions and strict regulations in Europe have slowed down the evolutions of wines while in the New World winemakers have dared to be more innovative to gain prestige and consumers. Old World wines are more structure and terroir-driven. A different conception of philosophy dominates the New World wines. The land or location losses prominence and it is accepted than thanks to scientific knowledge and modern practices the "imperfections" of the terroir can be countered. New World wines tend to have bolder fruit flavors while Old World are usually lighter-bodied with more mineral, herbs and floral component.

New World wine was traditionally thought to be of inferior in quality to those in the most important wine regions in Europe such as Burgundy, Rioja, Chianti or Douro. However over the last decades many excellent wines have emerged from wineries outside Europe. It is possible to find a Californian Merlot of a similar quality to the top Merlots from Burdeaux or a Sauvignon Blanc from New Zealand that can compete with those from the Loire. The very high end of the wine market still tends to be dominated by European brands, many of them French. However, there are also several highly prestigious New World wine brands, such as Screaming Eagle, Penfold's Grange and Opus one. Increasingly these wines are winning awards and competitions that some decades ago were almost an exclusive domain of European brands. Finally, the relation quality price is another variable to consider. There are many New World wine of great quality at affordable prices in the market that you can consider alongside the traditional Spanish, Portuguese, French or Italian middle range wines.

Are you more concerned with tradition and the terroir or with innovation? Do you think Old World or New World wines are overrated? Where do you think you can find overall better wines?

Old World vs New World: which wine do you prefer to buy?  Vote in our poll and tell us more which particular type of wine and region is your favorite.


Old World vs New World: which wine do you prefer to buy?