Should gorillas be banned in zoos? 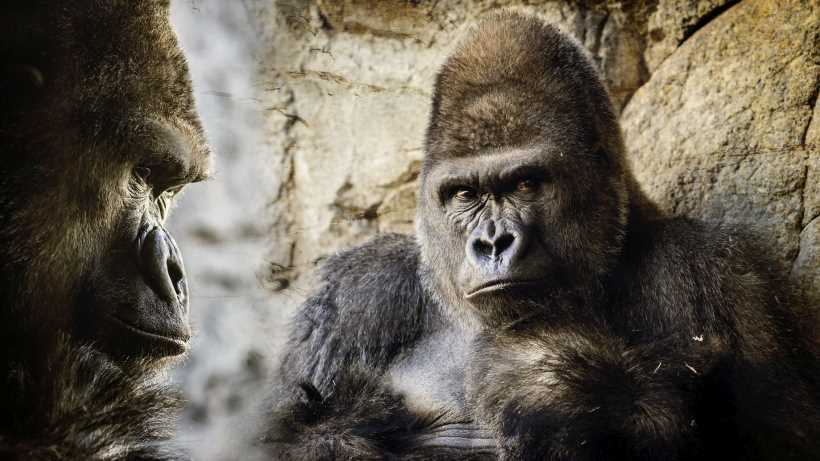 Why have gorillas in captivity? Zoos are considered unnatural and cruel places but also contribute to save some animals from extinction. Is it justified to keep gorillas in zoos? Is this just another example of animal cruelty? Join our debate and vote below!

The recent incident in which a gorilla called Harambe was shot deat at the Cincinnati Zoo after a 4 year old boy felt into its enclosure has brought back the debate that gorillas should be banned in zoos.

Gorillas are the largest primates on Earth and inhabit the the subtropical and tropical forests and mountans of central Africa. They are mainly herbivorous apes and are usually subdivided into lowland and mountain gorillas. Eastern lowland gorillas can be found in the Democratic Republic of Congo, and western lowland gorillas in countries such as Equatorial Guinea, Angola, Cameroon, Gabon and Central African Republic. Usually these gorillas live in areas with swamp, marshes and dense forets. Lowland gorillas are 1.2 to 1.8 meters high and weigh from 68 to 181 kg. Mountain gorillas live in high altitudes (2,500-4,000 m) in bamboo and montane forests. Mountain gorillas are typically heavier (135 to 220 kg) have longer hair, teeth and claws but tend to have shorter arms. Adult mountain gorilla males typically display a patch of silver hair on their hips and backs.

Both subspecies, the lowlands and mountain gorilla, are endangered and in serious risk of extinction. They have seen a dramatic decline in their numbers over the last century due to the destruction of their habitats, wars, diseases and illegal hunting. WWF estimates that there are only about 100,000 lowland gorillas in the world. The conservation status of the mountain gorilla is even more worrisome. There are only about 880 mountain gorillas left in the wild divided into two isolated populations. The Virunga population, which lives between the southern part of the Virunga National Park in the Democratic Republic of Congo, the Volcanoes National Park in Rwanda, and the Mgahinga National Park in Rwanda. The Bwindi population is located on the mountains of Uganda. Conservation efforts managed to increase the population 25% since the late 1980s, however the threat for the major causes of threat for the gorillas population have not ceased and the extinction of gorillas, in particular of the mountain gorillas is a real danger.

How intelligent are gorillas?

Of all primates gorillas have the second heaviest brain after humans, however, the size of the brain alone is not a good indication of intelligence. In comparison with other apes or humans, the relationship between body and brain weight in the gorilla is not that impressive. The brain of a human being weights in average 1.25 kg, that of a gorilla only 0.5 kg. However, the studies in animal cognition and mental abilities tend to recognize that gorillas are among the most intelligent animals in the world.

For instance, while chimpanzees are more curious and adaptable and have a stronger capacity to imitate behavior, gorillas are more self-aware of their own identity. Gorillas have also demonstrated ability to use simple tools and weapons. Some gorillas in captivity have developed extraordinary communication skills. The best example is that of Hanabiko, better known as Koko, a western lowland gorilla born in captivity at the San Francisco zoo, who has learnt more than one thousand of sign language and understands about two thousand words of spoken English.

Watch this video on the endangered silverback mountain gorillas

Should gorillas be banned in zoos?

Gorillas are animals in serious danger of extinction, in particular mountain gorillas. Zoos have pros and cons. They keep animals for public viewing and help educate children in the love for nature. Zoos can also contribute to the reproduction of animals and, thus, to the survival of some species. Nowadays many gorillas are born in captivity, in zoos. However, zoos have also served as an incentive for poachers to capture wild and exotic animals. Zoos are also necessary to test animal medicines and treatments. On the other hand, too many gorillas have been removed from their natural environment, sold and shipped to be displayed in a cage far away. In other cases gorillas are simply killed and their bodies sold in illegal markets. Animal cruelty is also a growing concern in our societies. Gorillas are extremely intelligent animals and they are to a great extent aware of their situation in zoos. Often they seem depressed when living in captivity in particular in some zoos were the enclosures are not large enough for their natural needs.

What do you think about keeping gorillas in captivity? Should zoos keep the right to display gorillas despite the suffering for the animals and potential incentive for illegal hunters? Does the purpose of childrens' education and their role in ensuring reproduction in captivity justify it?

Watch this impressive video about Koko, the most famous gorilla on Earth:

Should gorillas be banned in zoos? Vote, tell us why and share this post if you want to raise awareness about the issue and persuade others.


Should gorillas be banned in zoos?