On religious and moral education: Should religion be taught in public schools? 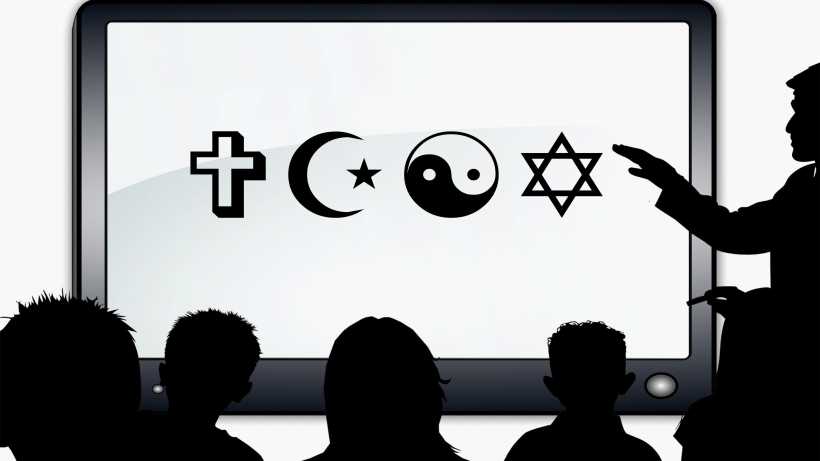 Religious education for children is a controversial issue, especially in secular states. We discuss if religion should be taught in public schools and the importance of religious education.

Should religion be taught in schools?

Historically, it is difficult to deny the importance of religious education. During the Middle-Ages, most education was oversighted or run by the Church across Europe. Most of the books were copied by monks and theology was a key subject of study. Similarly, in the Muslim World the emergence of formal education was driven by religious purposes. Reading and seeking knowledge was recommended by Quran. Consequently muslims rulers contributed to the creation of impressive libraries in Baghdad, Cordoba and Cairo as ways of disseminating religious and moral education.

Over the twentieth and twenty-first centuries an increasing number of countries have been declared secular. This means that there is a clear distinction between the Church (or other religious institutions) and the State, and that no religion will enjoy privileges over others. The goal is that people with different religious and non-religious beliefs enjoy similar opportunities and are treated equally by the state. The issue of religious education becomes therefore a controversial one. Many argue that religious education is very positive and foster respect of authority, moral values and even academic excellence. But not everyone agrees with this view. Religious views often clash with scientific rationality, as in the case of the denial of the theory of evolution and other theories explaining the origins of our planet. Moreover, some parents are agnostic, atheists or simply prefer that their children choose their religion once they are adults. In some countries, such as France and the Netherlands, wearing ostentatious religious signs or symbols such as big Christian crosses or Muslims headscarves is banned in schools.

Countries with an official religion tend to provide instruction in the faith to their students. For instance, in most Arab countries Islam is part of children's education. Similarly, in Pakistan religious and moral education is mandatory for muslim children from primary to higher education. In Greece the basics of orthodox religion are taught to children in school. In the UK religious education (RE) has been part of the compulsory curriculum for students in state schools. Although it is taught in a non-proselytizing way and covers a variety of different faiths, Christian Anglican content tends to dominate. Moreover the Department for Education and The Office of Qualifications and Examinations Regulation have announced consultations for the new General Certificate of Secondary Education (GCSEs) and Advanced Level (A-Levels) subjects in order to reform the religious education curriculum.

Some argue that religion should be taught in a secular way in public schools as a means of intercultural awareness and a way to limit the segregation of students, which may be otherwise sent by their families to study in private schools offering religious education.

But is it possible to teach religions in a neutral and balanced way? Should not that time be devoted to learning languages, history, sciences or maths?

Many question emerge: Is religion beneficial for our society? Is it desirable that children learn religion in school? If so, should schools teach faith and worship or only offer an overview of different religions and their relevance for our history and culture? Who should teach religion? What do you think of bible lessons for kids or other mandatory religious education in the curriculum?

Should religion be taught in schools?  Vote and explain us which is in your view the ideal model for religious education.


On religious and moral education: Should religion be taught in public schools?