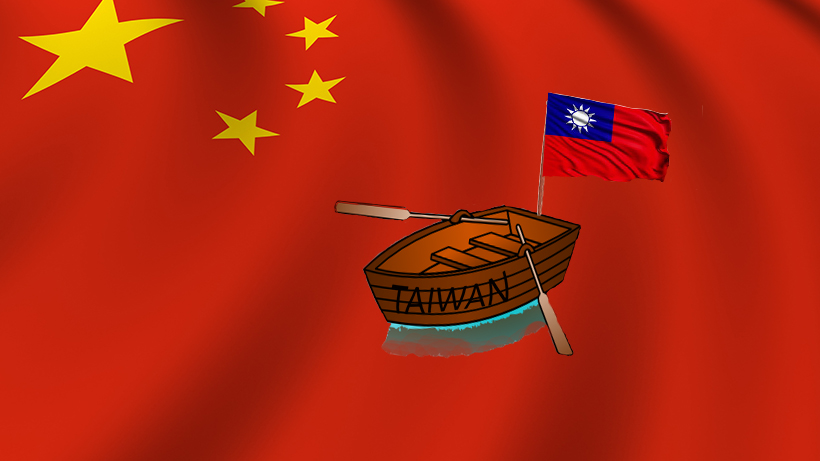 Is Taiwan part of China? Should Taiwan remain politically independent from Beijing? We discuss some truths and some myths of the Taiwanese independence movement and if the (re)unification project pursued by Chinese nationalists is a good idea for the island. Vote in our poll and invite others to join the discussion.

Is Taiwan part of China?
Two opposing viewpoints dominate the debate on Taiwanese history in the media. According to one propagated by the People’s Republic of China (PRC), Taiwan has always existed as a “sovereign territory” of China. According to another, it was only recently that both Mao Ze Dong of the Chinese Communist Party (CCP) and Chiang Kai-Shek from the Nationalist forces started to proclaim Taiwan as an important part of China. However, neither of these two views withstand closer historical scrutiny. After a period of Dutch and Spanish colonial rule, it was in 1683, that the Qing dynasty conquered the island, leading to the court debating the benefits of colonizing the “ball of mud”. Thereafter, Taiwan has always existed under some form of informal colonialism until its cession to Japan in 1895. The question to whether Taiwan has always been part of China is therefore a much more complex one. We cannot judge the history of Taiwan using the yardstick of 21st century nation-state politics alone.

De facto or de jure Taiwanese independence
China’s claims over Taiwan is not one of direct governance over Taiwan, but one modelled after the "One Country, Two Systems" scheme exercised over Hong Kong and Macau. Under this system of rule, according to official CCP view, Taiwan is allowed autonomous governance over its own affairs while simultaneously being part of a Greater China. While Taiwanese certainly do not acknowledge that this is true, one may even argue under the Economic Cooperation Framework Agreement (ECFA)—a preferential trade agreement signed between Taiwan and China in 2010—Taiwan has already been brought into the orbit of Chinese power. More unsettling is the fact that the Special Administrative Regions (SARs) and the framework of One China is enshrined in ECFA. While one may claim that Taiwan still maintain de facto independence, in de jure terms, it is increasingly drawn into the One China, Two System scheme unwittingly.

Fear of American Interference
Despite the current governing pan-green coalition’s pro-independence stance, many Taiwanese politicians, including the current President Tsai Ing Wen, have expressed fears of being relegated to being a “bargaining chip” in the wider competition between China and America. Most notably, there were concerns that the ongoing antagonism would result in worsening relations between China and Taiwan. What this episode has shown is that despite a nominal commitment to independence, Taiwan’s political actors are increasingly aware that such resolute demands will further antagonize the relationship between China and Taiwan and could prove detrimental in the future as Taiwan’s economy integrates further with China.

Watch this video on the rising tensions between China and the U.S. over Taiwan

Is Taiwanese independence viable or is the China-Taiwan reunification a better plan? Vote and with your comments, help us understand this complex issue. Please invite other people to join our poll and debate