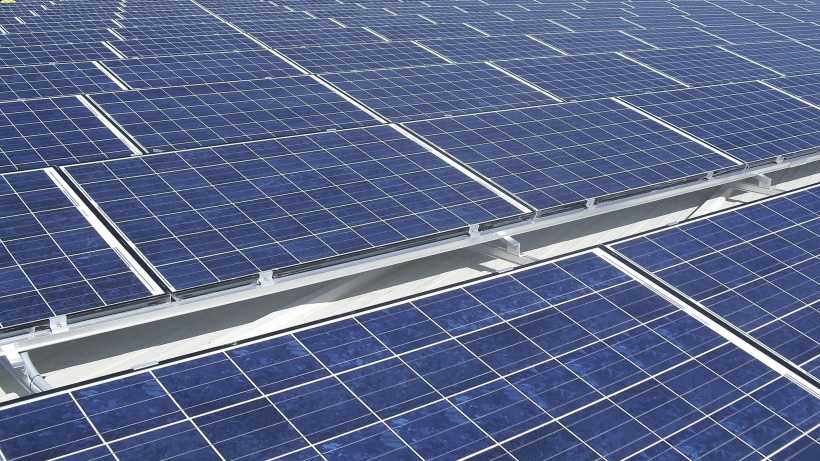 Using the sun as a powerful, clean and eternal renewable source of energy is not a recent idea. Six thousand ago Chinese villagers were already building houses with the goal of gaining as much as heat as possible from he sun in order to keep houses warm in the winter (see “Let it shine” from John Perlin). In the nineteenth century important advancements in the science of solar energy took place. In 1839, Alexandre-Edmond Becquerel observed for the frist time the photovoltaic effect in a conduction solution. Years later, after Willoughby Smith showed its photoconductivity, William G. Adams and Richard Day confirmed the photovoltaic effect in selenium. In 1878, Augustin Mouchot displayed a solar power generator at the Universal Exhibition in Paris. Between 1888 and 1891 Aleksandr Stoletov created the first solar cell. The first solar plants were installed in Saint Louis USA in 1904… In the second half to the twentieth century the use of solar panels grew. Finally, in 2006, for the first time in history, Bertrand Piccard and Andre Borschberg built a solar plane named “Solar Impulse 1”. A fantasy like the solar condor in the famous cartoon “The mysterious Cities of Gold” became reality, since the two pioneers crossed the USA in 2013 with “Solar Impulse 1” and they just started a world wide tour with “Solar Impulse 2”. Thanks to very powerful and efficient new generation of batteries, they can actually fly days and nights (first night flight in 2010).

The Sun: the ultimate source of energy?

More and more people and companies are investing in solar energy. In addition, a lot of devices function with solar energy. There are sun powered clocks, watches, heaters, cars, boats, drones, etc. In theory solar energy offers a great alternative to other traditional sources of energy. In practice things are not that clear. Petrol has been largely preferred to solar energy because it is relatively easy to extract and exploit. It is also very efficient, relatively cheap and versatile (e.g. plastic). But petrol will soon become rare, more difficult to extract and consequently more expensive. It is also known to be very harmful to living species (e.g. carbon, leak and plastic pollutions). Due to the dangers of pollution and climate change, linked to fast growing population and consumption patters, new sources of energy, preferably clean, are evidently indispensable. Wind and water constitute important renewable and clean sources of energy, but solar energy could potentially become the ultimate resource.

There are multiple advantages to the use of solar energy. Solar power helps the environment as it reduces the dependency on fossil fuels which are causing an increase in the concentration of C02 in the atmosphere and climate change. Solar panels need very little space, they can be installed on spaces that would be otherwise unused such a roof. Solar panels are quite and require little maintenance in comparison with other sources of clean energy such as wind power. They can also be used in remote locations and promote energy independence. As panel do not need to be always connected to a power station, they become a good alternative for private consumption in rural areas.

However,some limitations hinder the expansion of solar power too. The solar energy remains expensive. The costs of the solar panel materials and the high skilled workers required for the construction and maintenance of solar plants makes of the adoption of solar power an investment worth of considering carefully. Moreover, comparatively speaking this energy is not as efficient as other available resources, such as nuclear power. Importantly, storage capacity and efficiency still needs to improve. Solar panels do not work 24 hours a day and seasons can greatly affect the amount of electricity produced in some countries. The level of pollution in cities can also limit the productivity of solar panels.

In your opinion, can we envisage a future were commercial flights rely mainly on solar energy? Or were most of our electricity is generated on solar plants?

Will solar energy become the ultimate source of energy for humankind? Vote and explain your views and predictions on the future of solar energy