Which Star Wars movie is the best in the original trilogy? 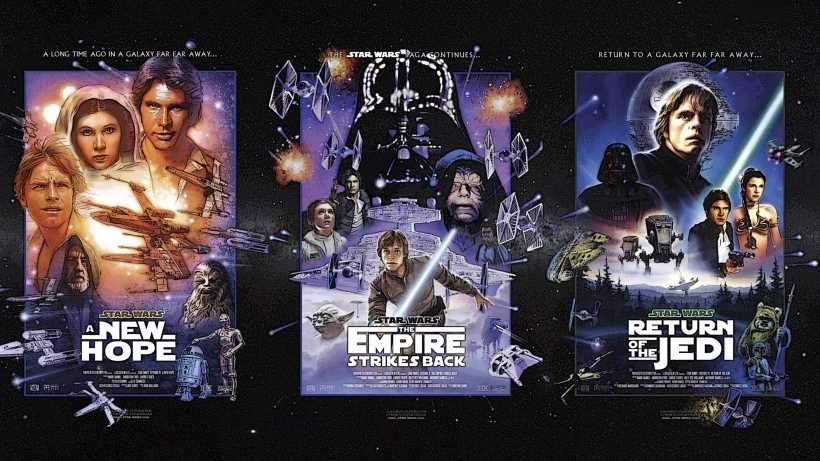 We vote and discuss the best Star Wars movie from the original trilogy:  Star Wars: A New Hope, The Empire Strikes Backs or Return of The Jedi? Choose one! Invite other Star Wars fans to join our discussion

Star Wars is undeniably one of the most influential movie trilogies in the history of cinema, and, together with Star Trek’s, the sci-fi universe with the largest fan base. Star Wars popularized the space opera sub-genre by combining elements from several movie genres such as adventure, war, fantasy and science fiction. Its creator, George Lucas, managed to create an unforgettable universe populated by compelling characters, which decades later are still very much alive in the imagination of millions.

The success of the original Star Wars movie trilogy was such that it quickly became an extremely profitable entertainment franchise. Who hasn’t played with Star Wars toys, video games or board games? Haven’t you read any novel or comic-book or watched cartoons about this saga? But Star Wars is not only a money making machine. The original trilogy is considered by critics among the best movies ever produced in the space opera and science fiction genres.

The movies of the original trilogy were re-released in the 1990s with new scenes and special effects. A second Star Wars movie trilogy, capturing the events prior to the original trilogy, was produced later. These films: The Phantom Menace (1999), Attack of the Clones (2002), and Revenge of the Sith (2005), although successful, did not reach the iconic status of the first three films. Similarly it is still too early to know if J.J. Abrams’ Star Wars Episode VII: The Force Awakens (2015) and the other two movies of the third trilogy, as well as the new stand-alone movies of the saga, such as Rogue One: a Star Wars Story  (2016) will manage to be as popular and iconic original three movies.

Which Star Wars movie is the best?

In the first film Star Wars Episode IV: A New Hope (1977) the evil Darth Vader (David Prowse) commander in chief of the Imperial Forces hold Princess Leia (Carrie Fisher) hostage in order to smash the rebellion that is threatening the Galactic Empire, he serves. The young Jedi Luke Skywalker (Mark Hamill), the smugglers Han Solo (Harrison Ford), captain of the Millennium Falcon, his companion the Wookiee Chewbacca (Peter Mayhew) and the droids R2-D2 (Kenny Baker) and C-3PO (Anthony Daniels) engage in an interplanetary quest to rescue the beautiful princess and help the Rebel Alliance.

Star Wars Episode V: The Empire Strikes Back (1980) starts with an impressive battle on the ice planet Hoth where the Imperial troops and its AT-AT walkers assault one of the most important bases of the Rebel Alliance. Han Solo and Leia escape in the Millennium Falcon and Luke travels to the planet Dagobah to be trained by the legendary Jedi Master Yoda. Thanks to him Luke survived his duel with his powerful nemesis Darth Vader, who in the end reveals that he is in fact Luke’s father.

In the last film, Star Wars Episode VI: The Return of the Jedi (1983), Luke Skywalker fights the kingpin Jabba the Hut to rescue his companion from his fortress in Tatooine. The battle of Endor and the destruction of the Death Star are also crucial for the victory of the Rebel Alliance over the Galactic Empire. With the death of Darth Vader and the Emperor Palpatine the Dark Side is finally defeated.

All of these three movies have memorable scenes and characters, be we are sure you have a favorite one.


Which Star Wars movie is the best in the original trilogy?