Do weapons of mass destruction (WMD) produce political instability or contribute to peace by deterrence? 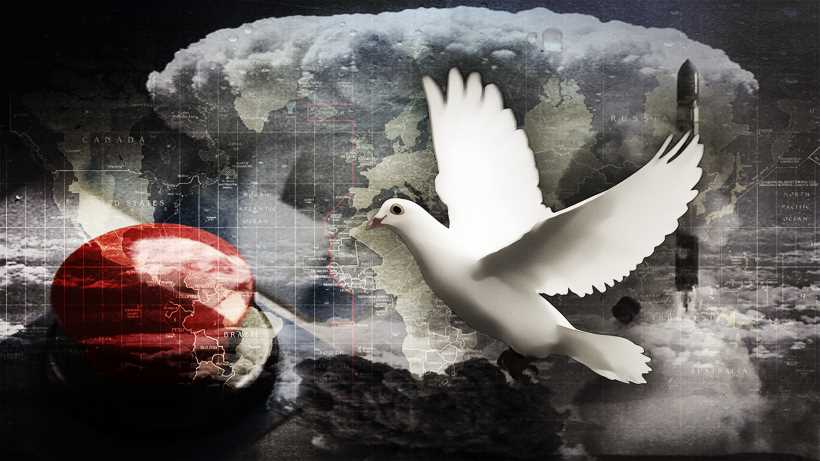 We discuss weapons of mass destruction in the context of deterrence theory and the mutually assured destruction doctrine. Do nuclear, biological and chemical weapons increase collective security, or international political instability?

This debate is based on the second week of the LSE100  module: "Why is collective security so difficult to achieve?" The debate follows the lectures by Professor Paul Kelly ("Is peace all it's cracked up to be?") and Professor Tim Besley ("Peace and the public good") on 3 October 2016 at The London School of Economics and Political Science. These lectures and class seminars look more closely at the role played by military power in collective security by drawing on perspectives from Political Theory and Economics.

Deterrence theory explores the use of military power to reinforce security by deterring conflict and war. This area of study gained salience during the Cold War and has been a core topic in international security research ever since. In particular, "rational deterrence theory" based on utility maximizing rational choice models and game theory has been used to explain military balance and war prevention in the context of the arms race in a bipolar world with two big super-powers.

Weapons of Mass Destruction (WMDs) refer to various forms of weaponry capable of causing significant harm to large numbers of people. WMDs originated with poison gas in the First World War, but the term first rose to prominence with the atomic bombings of Hiroshima and Nagasaki. During the Cold War, the scope of non-conventional weapons expanded to include biological and chemical weapons in addition to nuclear and radiological WMDs.

The important question here is whether building or acquiring WMDs is a good, or even necessary, strategy to deter aggressions from third countries and contribute to international peace.

During the Cold War the two blocs increased their nuclear, biological and chemical warfare capabilities as a means to deter the enemy from attacking them (or their allies), as well as a means to exert political pressure. Some International Relations analysts have described the situation of nuclear proliferation as that of a security dilemma or spiral model, because states seeking to reinforce their security by increasing their military deterrece through WMDs led other states to respond in a similar way. The arsenals of weapons of mass destruction grew steadily, thanks to fear and new technology.

Based on the extreme destruction capability of the WMD, and especially of nuclear bombs, accumulated by the big super-powers, military strategists introduced the concept of mutually assured destruction (MAD). Since each of the two super powers, the USA and the USSR, could cause the complete anhilation of the planet, neither of the sides would have the incentive to initiate a conflict or disarm. The scenario could be considered a Nash equilibrium in which the deterrence capacity of the nuclear weapons deter countries from attacking each other, but also disarming.

Ever since, a range of international treaties and conventions have attempted to regulate and ban WMDs, including the Nuclear Non-Proliferation Treaty (NPT), the Comprehensive Test Ban Treaty (CTBT), the Biological and Toxin Weapons Convention (BWC), and the Chemical Weapons Convention (CWC), although not all states have signed or ratified these treaties.Disarming WMDs has been regarded as a crucial step in promoting a global security agenda by the UN. However, some powers appear reluctant to disarm, and continue to rely upon WMDs as a deterrent. For instance, to date, only South Africa has completely disarmed its nuclear arsenal, and only 5 of the 8 confirmed nuclear powers have signed the NPT. The revelation of the North Korean nuclear weapons program in 2002, and the prospect of biological, chemical and radiological weapons falling into the hands of terror groups, has promulgated fear of WMDs. But is the correct response to these fears re-armament or a concerted drive for disarmament?

Do WMDs produce political instability or contribute to peace by deterrence?

Is investing in WMDs a way to invest in national security or simply an incentive to make our enemies re-arm? Can the threat of WMD retaliation prevent harm, or is it a costly and ineffective deterrent? Can any efforts towards disarmament ultimately succeed, or will problems of collective action, self-interest or unpredictable rogue states and non-state actors render full disarmament an unachievable pipe dream? Tell us what you think are the pros and cons of WMDs as instruments to achieve peace.

Watch these videos with a documentary on deterrence theory and the lecture "Is There an Effective Nuclear Deterrence Strategy for the 21st Century?" by Dr Brad Roberts (Stanford University):

Other netivist debates you may find interesting: Is world peace possible without any armies? and Arms trade: human rights vs national security

Do weapons of mass destruction (WMD) produce political instability or contribute to peace by deterrence? Vote and share your arguments with us. Feel free to use the discussion forum to ask questions and share interesting resources for other students and people interested in the topic.


Do weapons of mass destruction (WMD) produce political instability or contribute to peace by deterrence?