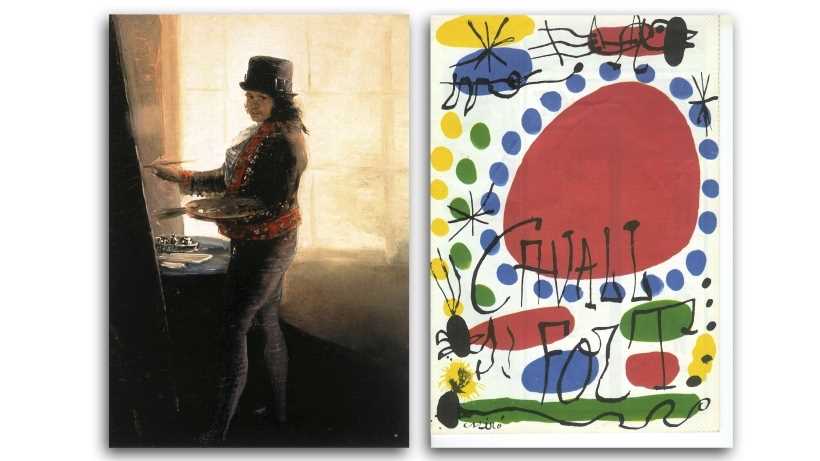 In the history of art, there are different important figurative and abstract movements. Which of these two approaches to art is more interesting?

Figurative art, particularly paintings and sculpture, refers to “any form of modern art that retains strong references to the real world and particularly to the human figure” [1]. Figurative art is often defined in contrast to abstract art, whihc refers to “artworks that do not attempt to represent a recognizable reality but instead use shapes, colours, forms and textures to achieve their effect”. Abstraction indicates a departure from reality in depiction of imagery in art. Abstract art is also referred as non-figurative art, non-objective art, and non-representational art.

History of art: figurative vs abstract

Traditionally, Western art had been, from the Renaissance up to the middle of the 19th century, underpinned by the logic of perspective and an attempt to represent reality. Other formal elements often present in figurative art in addition to perspective are line, shape, color, light and dark, mass, volume, and texture. Important figurative art movements include: Renaissance, Mannerism, Baroque, Neoclassicism and Realism, among other.

By the end of the 19th century, however, the arts of cultures other than European became accessible and showed alternative ways of describing visual experiences. Also, artists had become more independent in their creative endeavours as patronage from the church diminished and private patronage increased. In this context, many artists felt the need to create a new kind of art which would encompass the fundamental changes taking place in other spheres such as technology, science and philosophy. Three art movements that contributed to the development of abstract art were Romanticism, Impressionism and Expressionism.

Abstraction exists along a continuum: the departure from accurate representation can be slight, partial, or complete. Both geometric abstraction and lyrical abstraction are often totally abstract. Among the very numerous art movements that embody partial abstraction would be for example Fauvism in which color is obviously and deliberately altered vis-a-vis reality, and Cubism, which patently alters the forms of the real life entities depicted. Suprematism, Constructivism, De Stijl and Abstract Expressionism are important abstract art movements of the 20th century. Great masters of abstract art include Pablo Picasso, Henri Matisse, Paul Klee, Piet Mondrian, Wassily Kandinsky, Joan Miro and Fernand Leger, just to give a few examples.

In the history of art, what do you find more interesting: figurative or abstract art movements? Vote in our poll and participate in our debate (you collect XP for voting and for your comments)
Links:
Picasso vs Dali  Da Vinci or Michelangelo?  Should the British Museum Return the Parthenon marbles?