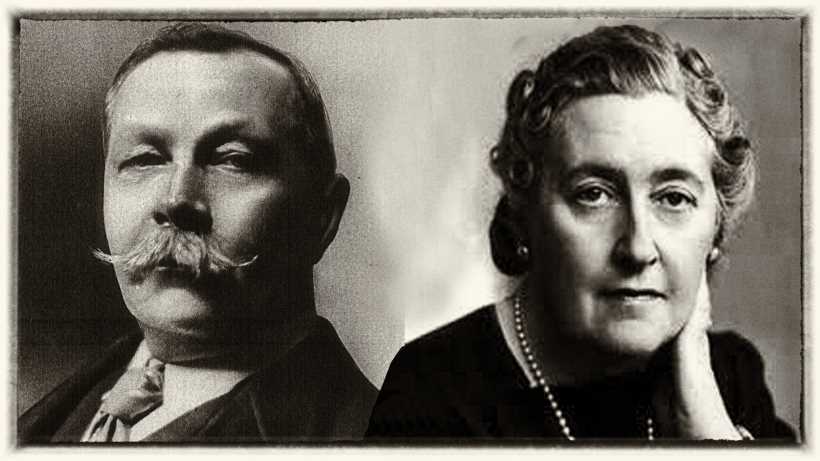 Source: Composite by G_marius based on public domain images

Do you like thrillers, exciting novels when you never know, until the last page, who the murderer was? Then surely you know Sherlock Holmes and Hercule Poirot. How many compelling stories!

Agatha Christie is considered the Queen of Mystery. Her stories are amazing and a lot of times, it involves some sort of sudden unexpected twists in the end. One of the beauties of Christie’s work, is that usually all the facts and clues are staring at reader’s face from the beginning. There is always that great aha! moment when finishing her novels.  “Murder on the Orient Express”, "Death on the Nile" and "Then There Were None" are some of the most outstanding mystery novels ever written. And there is also her most famous creation: Hercule Poirot, the methodic Belgian detective that appears in 33 novels and 50 short stories.

On the other hand, there is our dear Sherlock Holmes, the pioneer and most popular detective of all times created by Sir Arthur Conan Doyle. Sherlock Holmes is one of the most memorable characters in the history of literature. He is obsessed with small details imperceptible for anyone else but which allow him make crucial deductions to solve crimes. It is also the chemistry he has with Dr. Watson that contributes to make Holmes' stories very interesting. Who has not enjoyed adventures such as "A Study in Scarlet”, "The Sign of the Four" and "The Hound of the Baskervilles"?

Arthur Conan Doyle, first, and Agatha Christie, afterwards, have inspired most crime and mystery novelists around the world and contributed to make of it such a successful literary genre. But between the two of them who do you think is the greatest whodunits / thriller author?

British mystery writers: Agatha Christie vs Arthur Conan Doyle. Vote in our poll and tell us more about these great writers which of their novels you enjoyed the most.