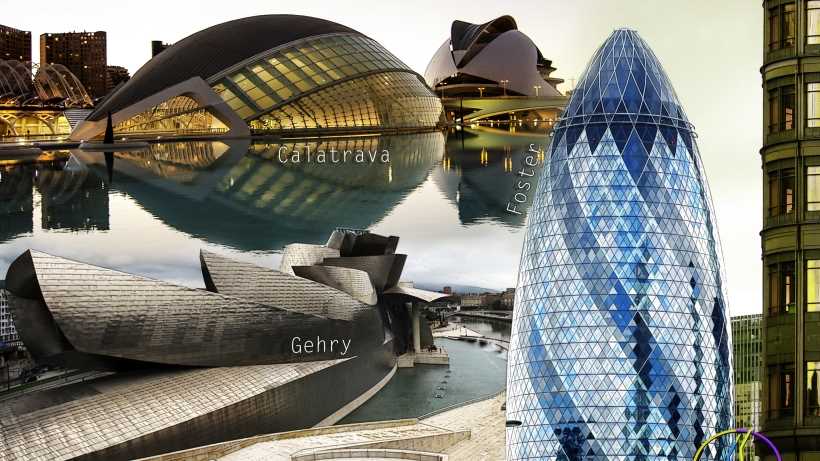 Source: Composite by G_marius based on Emilio I. Panizo's and B´s images

Calatrava, Foster and Frank Gehry are worldwide renown and critically acclaimed architects who have designed some of the most iconic buildings of the last few decades.

Norman Foster is a very prolific British architect famous for high-tech architecture. His firm Foster + Partners is based in London. His works include: the  Millau Viaduct (France), 30 St Mary Axe (also known as The Gherkin, London), restoration of the Reichstag (Berlin),  Hearst Tower (New York) and The Expo MRT Station (Singapore)

Who do you think is the most talented architect: Calatrava, Foster or Gehry?  Tell us about the buildings you find more iconic and if there are other contemporary architects you find more impressive than the three abovementioned.
Links:
Santiago Calatrava  Norman Foster  Frank Gehry