Who is the best football player in the world? Lionel Messi or Cristiano Ronaldo? 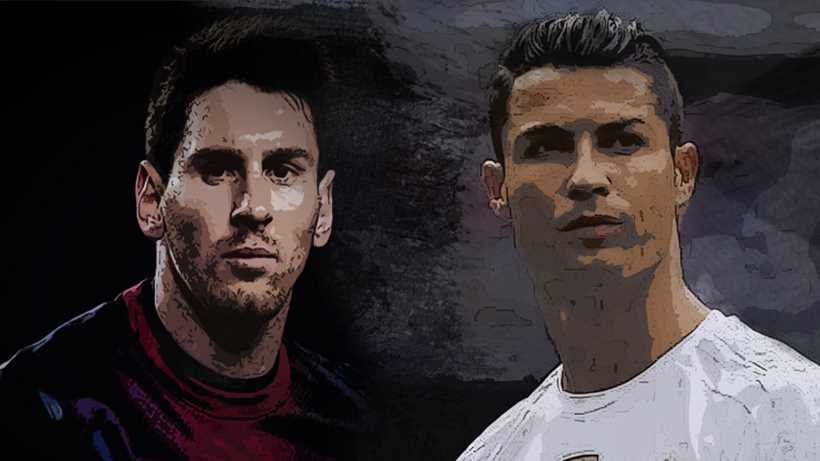 Messi vs Ronaldo. They are probably the two best football players in the world right now. We compare CR7 vs Messi stats and discuss who deserves to be considered the number one footballer.

Are you a sports fan? Do you love football (soccer)? On netivist we have discussed some of the all time greatest athletes and rivalries. For instance, we have discussed if Jack Nicklaus was better than Tiger Woods; contrasted Federer, Nadal and Djokovic; discussed the great Johnson-Bird rivalry in basketball as well as the best quarterback in history. Now is time to decide who is the all time best football player: Cristiano Ronaldo or Lionel Messi?

Ronaldo just moved to Juventus and hopes to continue his brilliant career in Italy. Messi will continue to lead Barcelona surrounded from some great talents such as Coutinho or Suarez. It's time to vote which one is your favorite, who do you think deserves the Ballon d'Or and who has made more the difference in El Clasico games between Barcelona F.C. and Real Madrid.

Best football player in the world

The Argentine Lionel Messi and the Portuguese Cristiano Ronaldo are currently considered the best football players in the world. These two players are making history in football and have beaten all kinds of records. Messi-Ronaldo face to face in El Clasico games between Real Madrid and Barcelona are some of the most watched sporting events in the world. Although both are top scorers, their football styles and personalities are quite distinct. Ronaldo usually plays as a left forward while Messi plays more often as center forward. Ronaldo is right footed while Messi prefers to kick the ball with his left foot. Ronaldo relies more on power and athletics, while Messi relies more on his lower center of gravity which allows him to move the ball at great speed. Ronaldo is better as aerial play, while Messi's close control and dribbling is superior. Both are real killers with the ball and their finishing skills are unparalleled.

Their personal competition to become the best ever players is fuelled by the fact that they play in the two arch-rival clubs in Spanish football: F.C. Barcelona and Real Madrid. Messi and Ronaldo are almost every year the favorite players to get the Ballon d'Or trophy for the best football player in the season.The Argentine has five trophies (2009, 2010, 2011, 2012 and 2015) while CR7 has three (2008, 2013, 2014 and 2016).

To help you decide who is the best football player, here are some statistics about the accomplishments of these impressive athletes, each of which has so far scored more than 500 goals if you consider all club and national team appearances.

Watch these videos with a selection of the best goals of Lionel Messi and Cristiano Ronaldo:

Messi vs Ronaldo head to head in La Liga

There have been some arguments as to which of the two players' contribution is more decisive for their clubs. Here you have some stats comparing the impact of their goals for their team from August 2009, when Cristiano Ronaldo join Real Madrid to November 2016. This is a quantitative comparison focusing on impact:

Both are now playing at a formidable level. Ronaldo is scoring more frequently but Messi is providing more assists to his team mates. Both have won trophies with their clubs and are the best players in their national teams. Who do you prefer? Is CR7 or Messi the all time best player, above Maradona and Pele?

Who is the best football player in the world: Messi or Ronaldo? Vote and tell us why. Please share this article and debate with anyone you loves football (soccer)


Who is the best football player in the world? Lionel Messi or Cristiano Ronaldo?