José Mourinho vs Pep Guardiola: who is the best football manager? 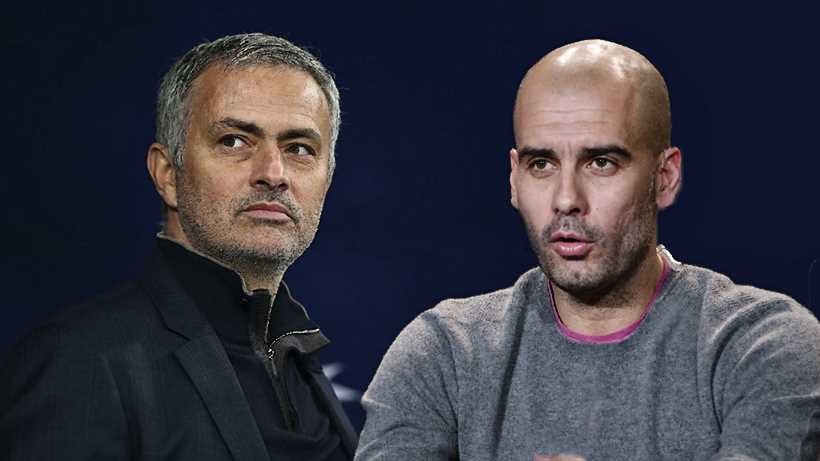 José Mourinho and Pep Guardiola are considered among the best football (soccer) managers in the world. We compare  Mou's and Pep's stats and discuss about the future of the Manchester United vs Manchester City rivalry.

José Mourinho and Josep "Pep" Guardiola are two of the most famous and highest paid sports managers in the world. Their first season at Manchester United and Manchester City has not been an easy one. These two talented football coaches became best enemies in the Spanish Championship when, in 2010, Mourinho was signed by Real Madrid to end the reign of Pep Guardiola's FC Barcelona. During the following two years, La Liga became a battlefield where these two brilliant football strategists rallied the best football players in world in a series of very intense matches. Guardiola left Barcelona in 2012 and Mourinho was sacked from Real Madrid in 2013. However, Mou and Pep are set to renew their rivalry very soon in the English Premiership. Manchester City signed Guardiola to a three-year contract to replace Manuel Pellegrini, another Pep's long-time rival from his time at Barcelona. Most analysts believe that Mourinho will be joining soon Manchester United to substitute Louis Van Gaal. Pep and Mou have reached success with different styles. Mou has been often considered a more pragmatic coach and Guardiola's teams more pleasing to the eye.

José Mário dos Santos Mourinho Félix was born in 1963 in Setúbal, Portugal. He was a professional football player in the Portuguese Second Division and studied sports science in the Technical University of Lisbon. He worked as interpreter and assistant for Sir Bobby Robson at Sporting CP, Porto and FC Barcelona. He also worked for Louis Van Gaal in Barcelona before starting a very successful managerial career in Portugal, Italy, England and Spain. He managed Benfica (2000), União de Leiria (2001–2002), Porto (2002–2004), Chelsea (2004–2007), Inter Milan (2008–2010), Real Madrid (2010–2013), Chelsea (2013–2015). Mourinho has won the league and cup in four different major football leagues.

The "Special One" and Guardiola are both loved and hated by millions. Guardiola was initially considered a more diplomatic and respectful coach while Mourinho was always combative and controversial. Mourinho's relationship with the press eroded progressively since he moved to Spain. His bad year at Chelsea also made him target of numerous criticisms in British media. However, behind his usually polite manners, Guardiola is also a person with a very strong character and who does not easily accept dissent in the changing room. As Mourinho, Guardiola controls his teams with iron fist. Some players at both Barcelona and Bayern have suffered first-hand the disagreements with Guardiola. Moreover, some of Guardiola's decisions and press conferences have been also widely criticized. Recently, Guardiola alienated many of his Spanish fans when he run in the Catalan regional elections as part of the pro-independence nationalist coalition "Together for Yes."

Mourinho and Guardiola stats and achievements

Watch this documentary about Jose Mourinho

Chronology of the Mourinho-Guardiola rivalry

Who do you think is the best football manager? Is Mourinho's style excessively conservative and boring to watch? Is Guardiola a tactical talent or just happens to have managed the two best teams in the world? Are these managers better than Conte, Ancelotti, Zidane or Luis Enrique? Who do you think will have the upper hand next year season in the Premiership?

José Mourinho vs Pep Guardiola: who is the best football manager? Vote and help us decide who is the better coach. Leave your comments on the discussion forum below.


José Mourinho vs Pep Guardiola: who is the best football manager?