Rules and regulations of football: is the video referee (VAR) a good idea? 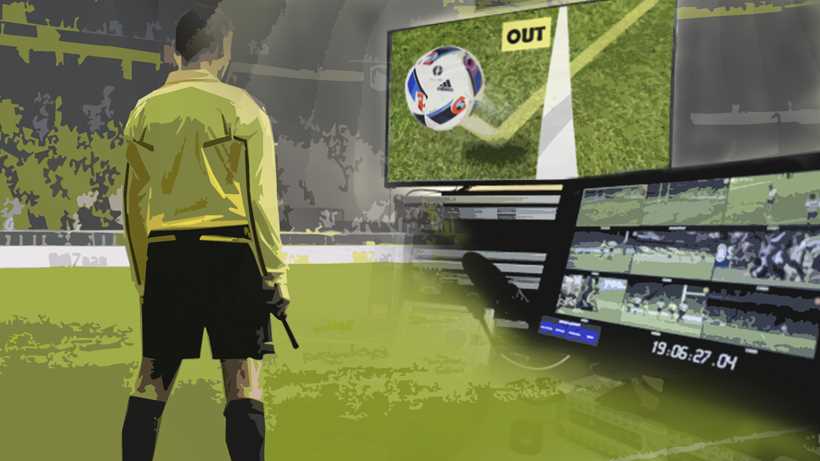 We debate the pros and cons of using technology, replays and a video assistant referee (VAR) to apply the rules and regulations of football (soccer). Find out more about the evolution of the Laws of the Game and some of the historical referee mistakes and controversies in football. Join our debate and poll!

During the 2018 Russia World Cup the Video Assistant Referees system (VAR) attracted plenty of attention and faced its major test so far. Russia World Cup has delivered more penalties than any other World Cup in history (up 174%), many of them thanks to the video technology assistance. Arguably VAR has made some moments also interesting and nerve-wrecking for football fans. In many games we waited had to waits a few minutes for the VAR committee to validate a controversial decisions in key moment of a match. Those decisions made a great difference.

The utilisiation of this technology  in football has been controversial since the very beginning. For instance, during the 2016 FIFA Club World Cup, one of the first times that VAR was used in an official international tournament, there were some noticeable controversies during the games associated to this new technology. Video review was used for a penalty decision in the game between South American Champion, Atletico Nacional and Japan's Kashima Antlers. Real Madrid players also complained that it took a few minutes for the referee to validate a Cristiano Ronaldo's goal in the other semi-final against America de Mexico.

Many sports have already embraced the use of video technology and instant replays to avoid referee mistakes. American and Canadian Football leagues (NFL and CFL), Ice Hockey (NHL), Baseball (MLB), Baskeball (NBA), Tennis,  Rugby, Cricket and Motor sports all use video replays to inform difficult decisions that have to be made by the referees. So why hasn't football/soccer not adopted video referee technology yet?

In fact, ​football is slowly following that same path. The use of video technology is not completely new to this sport. In the 2014 World Cup goal-line technology was successfully used in official games. Today this technology is used in a few major European competitions such as Serie A, Ligue 1, Bundesliga, and English Premier League. FIFA lists 88 stadiums which use Goal Control 4D or Hawk-Eye technology.

The International Football Association Board (IFAB) which determines the rules and regulations of football recently released a statatement offering "in principle" support to trials of video replays and technological assistance for referees in the coming seasons. The new president of FIFA, the Swiss Gianni Infantino, who participated in the meeting where the decision was made, said that "we cannot close our eyes to the future, to technology". This institutional support can open the possibility to a historical change. Even those who opposed the use of video referees and technology accepted a series of formal testing were conducted during the 2016/2017 and 2017/2018 seasons.

A trial in the Netherlands demonstrated that video replays could help reduce the number of referee mistakes and the Dutch Football Association (KNVB) petitioned FIFA and IFAB to seriously study the issue. In addition to the testing of the Video Assitant Referee in the 2016 FIFA Club Word Cup, a series of competitions worldwide participated in pioneer "offline" and "live" experiments:

​How do VAR works in football?

The use of video referees has been a long debated issue among football authorities. Technological assistance has a series of pros and cons:

Do you think the advantages of introducing video referees outweigh its costs? Would football fans easily adjust to these new regulations? But before joining the debate, see below a bit more about the history of the rules and regulations of football.

Watch this video with a debate on the utilisation of VAR in football:

History of the rules and regulations of football

The first laws of football were established during a historical meeting at the Freemasons' Tavern in London, in 1863, which set the foundations of the Football Association. Fourteen basic rules and regulations were agreed which for the most part have remained relatively unchanged for the following 150 years. For instance the offside rule was part of the original regulations of football. Originally any attacking player ahead of the ball would be offside. It was meant to avoid the previously widespread tactic of accummulating as many as 8 forwards. In the late 1860s the rule was changed so that the attacker would be in offside if he was positioned ahead of the third-last defender. This way passing the ball to attackers became a potential strategy.

Initially two umpires were used in the game (one per team). The referee was the person (staying on the touchline) these two unpires "referred to" when they could not agree on decisions concerning the events of the game.

The International Football Association Board (IFAB) was created in 1886 to end some of the ongoing disputes concerning the rules of the game among British clubs. Initially the IFAB was composed of two representatives from each of the British football associations. FIFA was founded in Paris in 1904 by seven countries: Belgium, Denmark, France, Netherlands, Sweden and Switzerland. FIFA joined IFAB in 1913.

New rules and regulations have introduced gradually throughout the history of football:

Today the Laws of the Game consist of seventeen different rules: The Field of Play, The Ball, The Number of Players, The Players' Equipment, The Referee, The Assistant Referee, The Duration of the Match, The Start and Restart of Play, Ball in and out of Play, The Method of Scoring, Offside, Fouls and Misconduct, Free Kicks, The Penalty Kick, The Throw-in, The Goal Kick, and The Corner Kick.

This is a list of the most infamous referee mistakes and football controversies in the history of the sport:

Rules and regulations of football: is video referee a good idea? Vote and explain why you think football should or not use this type of technology


Rules and regulations of football: is the video referee (VAR) a good idea?