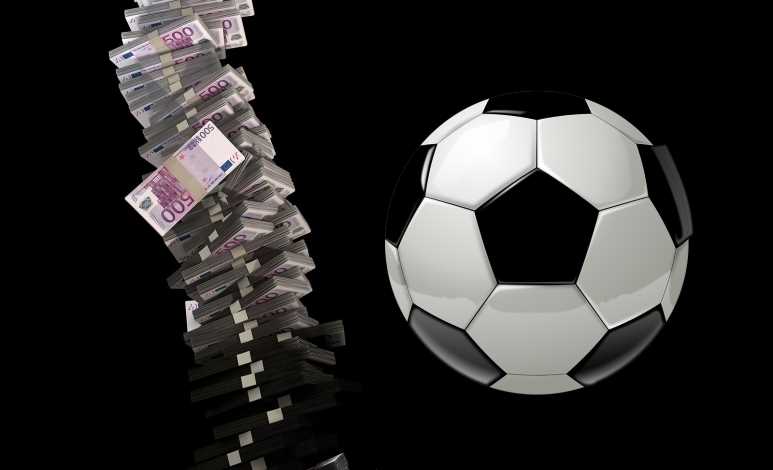 We ask for a better distribution of the TV rights revenues in European football. Huge disparities can no longer be tolerated for the best interest of all.

People love their football clubs and care about how finance affects the competition. Across the five largest football leagues in Europe can be found some of the most legendary football and masterful players in the world. Yet despite an almost universal love for watching the sport, there is a great disparity in the ways in which TV revenues are distributed between teams. The English Premier League has what many would call the fairest allocation, whereas the Spanish La Liga has the worst. In order to ensure every team receives the revenues they deserve and the beautiful game continues to reach and inspire millions, we ask for a fair and uniform distribution of TV rights across all of the European leagues.

Below is a breakdown of each of the big league’s distributions of revenues. We will explain how it works, and what the consequences are in terms of disparity between the top and the bottom teams. (All figures from the 2013/2014 season.)

The English Premier League is the richest league of the five in terms of TV revenues. From national TV revenues alone, the league generated 1 142 million euros. Including revenues from its global broadcast, which is particularly popular in Asia, it grossed other 733 million euros, for a total of 1 875 million euros in 2013/2014.

International TV rights are evenly split between all the teams.

The total TV revenue generated by the German Bundesliga was 495 million euros in 2013/2014. The German system works in two phases:

The French League earned 488 million euros in TV revenues in the season 2013/2014. The way this is split is similar to the English system for national rights:

Last season, this system gave Paris Saint Germain 44.7 million euros, and the team who earned the least, Ajaccio, earned 13.2 million euros. The ratio between the two was 3.39.

The Italian League is the second biggest market in Europe in terms of TV rights. Last season, 846 million euros were shared between the clubs. Italia has another different system of allocation:

The Spanish League earned 755 million euros in TV revenues in the last season. In Spain the system is very different from the other four European leagues, as each club has the ability to negotiate TV rights. As a result, the two biggest teams, Real Madrid and Barcelona, were awarded a large part of the revenues, and even if they gave back part of the money to other teams, the differences in their earnings are huge.

Real Madrid and Barcelona each earned 140 million euros during the last season, while teams like Almería, Elche or Valladolid only received 18 million euros. The ratio was 7.78.

The Spanish Government wants to change this and there is a project to centralize and split TV rights differently, starting at season 2016/2017. The split would be as follows:

The objective is to reduce the ratio between the highest and lowest earning teams from 7.78 to something more similar to Italy’s 5. Why do we want an equitable split of TV rights?

It’s for the best interest of the competition

There develops a vicious circle in the country with an uneven split of TV rights: the big clubs get more money, use it to build better teams and win more games, cementing their position.  For example, in Spain, Barcelona and Real Madrid have won 9 of the last 10 championships, and 15 of the last 20. With a more equitable split, other teams will have better chances to progress and offer a more varied and exciting league.

Top clubs don’t depend so much of TV rights

The biggest clubs in Europe have other sources of income, and TV rights are less important in their budgets than for smaller teams. TV rights of their national league only represent 34% of the budget of Juventus, 25% of Real Madrid, 21% of Manchester United, 9% of PSG and only 8% of the budget of Bayern. Big clubs are able to make vast sums with publicity contracts, franchised products and shirt sales, and so one might argue that smaller or developing clubs should receive a greater share of TV revenues.

If every team but the two or three richest in the league is unable to afford to field a squad, who would these powerhouses play? National championships are the base of the European football, and require a variety of clubs to compete. This is where teams qualify for European competitions, and where they can win prestigious titles like the championship or the national cups. Top clubs need small teams the same as small team need top clubs (for image and promotion). That is why it is vital to insure that small clubs can get a fair share of TV rights.

What do we ask?

We ask UEFA and the national leagues to standardise the rules which allocate TV rights between teams. We ask that they be shared in a way that no team will earn more than twice the amount earned by any other team, the ratio between the highest grossing team and the lowest grossing team to be 2 at most. Today, only Premier League and Bundesliga would fulfil this rule.