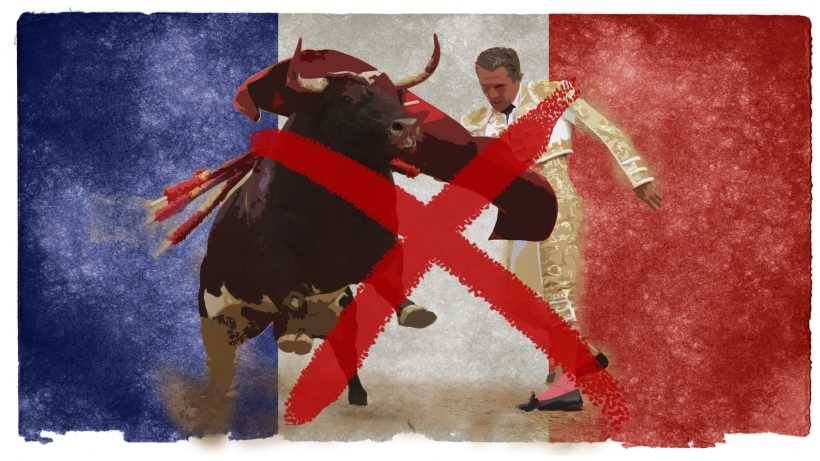 Source: Composite by G_marius based on Nicolas Raymond's and  Gordon Dionne's images

This petition asks the French Minister of Culture to ban bullfighting. The corridas were banned in France in 1884 but reintroduced in 1951. Sign and share!

Campaign addressed to: Fleur Pellerin, Minister of Culture and Communication

Ministry of Culture and Communication

Bullfighting is likely one of the cruelest traditions against animals. It is widely practiced in Spain and many South American countries, but many people often forget that it is also authorized in some parts of France. We ask the French Ministry of Culture to revoke the recognition of bullfighting as a cultural patrimony and to ban this corridas everywhere in France.

In France, bullfighting is practiced following the Spanish style, where a bull is slaughtered by a matador after having been repeatedly stabbed by picadores and banderilleros, a killing disguised as an art by the use of choreography, costumes, music and an impressive arena.

History of bullfighting in France

Europe has a long tradition of bull abuse. Even in England, where bull shows don't exist anymore, bull-baiting was common until the 19th century. France had also bull racing, and imported bull fighting from Spain at the beginning of the 18th’s century. However, the Grammont Law of 1850 banned any show which involved the mistreatments and suffering of domestic animals. At first the corridas were excluded, but in 1884 the law was also applied to bullfighting, a decision confirmed in 1895 by the Court of Cassation (France’s court of last resort). In 1932, another decision of the Court of Cassation confirmed the previous decision.

Nevertheless, the law was never fully enforced, and the authorities tolerated some bull related shows until 1951, when an amendment was passed to the law, to exclude bullfighting from the scope of the Grammont Law in the parts of France where there was an uninterrupted tradition of corridas. Furthermore, in 2011 the French Ministery of Culture declared bullfighting as part of the French cultural patrimony.

Why do we ask for a ban on bullfighting?

French people are great animal defenders; they often support animal causes abroad (such as bans on dolphin hunting in Japan and elephant hunting in Botswana). We ask them to be logical and also fight to end animal abuse on their own country.