Under surveillance - Should police monitor you on social media? 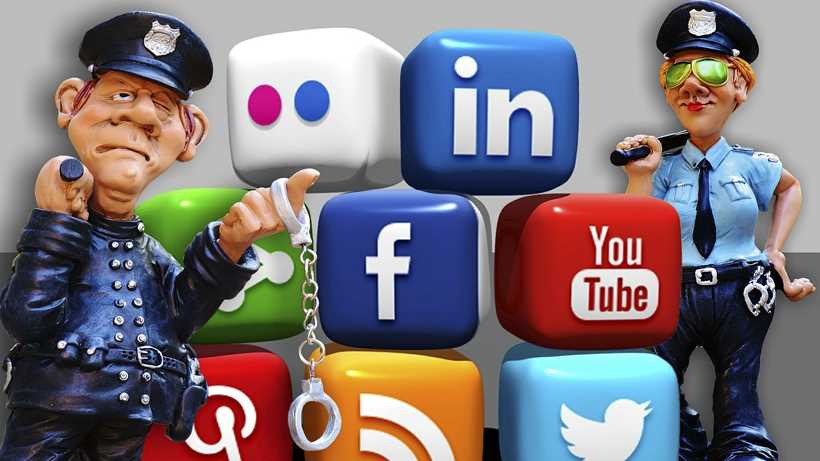 We again turn our attention to the privacy vs security dilemma. This time we discuss the new techniques of police surveillance and whether systematic social media monitoring, using software such as Geofeedia, is justified. Are police turning into a Big Brother watching all you do? Are tech companies abusing their power position?

Paul McNeil is a tech analyst specialized in the political and moral perspectives of today’s innovative world. He has a worked as a news writer and TV anchorman. He has published articles in several websites including Newsmax, The Hill, ArabNews, American Thinker, Canada Free Press and TechMoralitics.

Imagine the police following you all day, listening to what you say, in case you say something suspicious… all without a warrant. Big brother is watching you, you are under surveillance.

Knowing the police are monitoring your every move on the Internet gives people the creeps. In the U.S., for example, people are simply not used to having the police follow them throughout the day, waiting to see someone saying something suspicious. Should the current security threats facing our society provide a mandate to the police to literally “spy” on all ordinary citizens? Should tax dollars be used for such purposes?

Various police departments have successfully adopted powerful social media monitoring software. Thanks to these new police surveillance techniques, they have been able to identify not only criminals but also eyewitnesses of crime who were otherwise reluctant to place their information at the police’s disposal. Authorities also argue that such software enables them to locate guns in schools and even identify the roots of banned drug activities.

The case of Denver

Police records show the Denver Police Department recently allocated at least $30,000 for surveillance software designed specifically to monitor and gather data from social media posts uploaded across a dozen or so networks.

Documents obtained by the media, with authorization provided by the Colorado Opens Records Act, includes an invoice sent by Geofeedia, Inc to Denver PD. Geofeedia is known to provide location-based surveillance software and its assets are showcased at law enforcement and national security exhibits across the United States.

This company provides highly effective products which can be used to intercept, aggregate and store online posts made by a series of different social media networks. This line of social media monitoring software is just one of at least a dozen very similar online tools used by the U.S. law enforcement community day in and day out. In addition to Geofeedia, police departments are employing surveillance tools such as Media Sonar, ShotSpotter, and Beware that have given them unprecedented capacity to peer in the lives of citizens.

The use of Geofeedia and geofencing technology

Denver PD has used Geofeedia to obtain the power to monitor each and every post made on Facebook, Reddit, Twitter, Flickr, Instagram, Periscope, Vine and YouTube, and the list goes on. The location-based search abilities provided by advanced technology enables the police to gather mass data from nearly each and every social media post emanating from inside a defined geographical boundary. All messages, posts, tweets, images, videos and live broadcasts placed online by any individual identified by the software to be within the area, are gathered and recorded by the police. This is carried out using what developers call “geofencing technology.”

Geofencing technology allows the searcher to determine the geographic location of an object using GPS or radio frequency identification (RFID). It is commonly used to manage fleets of vehicles and track assets. Law enforcement used it initially to track people under home arrest or restraining orders. However, new geofencing software has given police the capacity to monitor ordinary citizens' online social interactions.The controversy around privacy and the risks associated to this type of use of geofencing technology has pushed Twitter and Facebook to recently cut-off data access for Geofeedia, following the complains of American Civil Liberties Union of California.

The question is should the police be even permitted to gather data about citizens en masse without a warrant?

While this does allow the police to improve their knowledge of suspect individuals and gain vital information on possible future attackers or even terrorists, we must also understand that the general public will be monitored as a result and see their privacy invaded.

Such state-of-the-art tools provide the police with the capability to carry out even real-time social media monitoring in the case of mass shootings or terrorist attacks; or any other timing of their choosing. The data gathered through such systems can then be stored indefinitely. The Baltimore Sun reported earlier this year how the Baltimore Police Department has in fact employed such technology to store posts made on social media in a data warehouse under tight security.

Social media monitoring offers several evident advantages and facilitates police surveillance work. However, the general public deserves to know and be given reasonable information about the mechanisms behind it. The police may argue that no one in the world needs authority to view your published posts online, so why should we? However, the police resorting to mass social media monitoring methods may create unrest and suspicion among innocent citizens who may feel their privacy violated without a clear purpose.

Social media users may feel offended, and their First Amendment rights violated, if a police officer is literally looking over their shoulders as they post anything online. The police should not be spreading such fear in the public without providing prior notice and proper knowledge. This resembles a secret police force walking around towns and cities simply monitoring the public for anything suspicious coming out of our mouths. Are these not the practices of dictatorships that have no place in the 21st century where we are all becoming citizens of the world and connected more than ever before?

More troubling is the fact that the activities of such advanced technology platforms are not confined to defeating privacy controls provided by various sites such as Facebook. In fact, current monitoring software is capable of correlating data simultaneously from more than a dozen networks. While individual posts collected may seem irrelevant, when placed alongside each other and used in aggregate, and with this trend continuing through a considerable period of time, the generated data of an active social media user provides a very useful and definitive image of that particular individual’s identity, their habits, interests and even political affiliations (considered very important especially with major elections around the corner).

With the technology of smart cities on the rise, this data can be used in a mosaic trend during which various information pixels about you can be placed next to each other like a puzzle to provide a much wider picture of your entire life. This is exactly the reason why all of us need to be extremely conscious and alert about the content we choose to post on the web. Further, as a matter of policy, and as responsible members of society, we should seek to impose rules and regulations that prevent local, state and federal authorities from “surfing” in social media without a legitimate permit provided by the judicial system, which would most definitely demand a good reason from the authorities.

Experts are describing the use of social media monitoring software and techniques by the police and other authorities as deeply troubling in regards to individual privacy of the general public being widely breached. As Geofeedia has provided its service at a price of a $30,000 to Denver PD, reports indicate the company was able to acquire “200 new customers in 2015” alone, and who knows about 2016. Customers including the likes of Dell, CNN, Mall of America and others. Do you feel comfortable about such large corporations having access to all of your social media posts? Are we witnessing a widespread abuse of social media spying tools by police and other organizations?

We are living in the digital age where information, and the potential misuse of having access to information, means power, be it in the hands of law enforcement or any other state and non-state entity. There must be action taken in this regard to define the rules and regulations of such practices.

Emerging questions: Are police spying on citizens? Another Big Brother watching you, reading what you write and listening to what you say? Do you feel safer knowing that everyone is being tracked by police? Is this type of surveillance even democratic? Do saving lives and preventing crime justify the loss of privacy?

Under surveillance - Should police monitor you on social media? Vote and tell us why you think social media monitoring is or not a legitimate way to ensure our safety. Please invite others to join our debate on technology, privacy vs security, and police surveillance.


Under surveillance - Should police monitor you on social media?