Should our government be permitted to legally spy on us? The privacy vs security dilemma 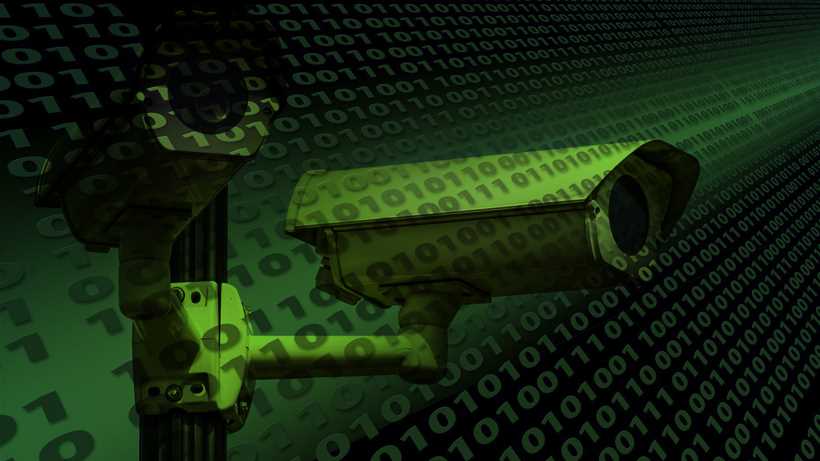 Governments legally spying on citizens? We discuss the privacy vs security and freedom vs safety dilemmas, and in particular if government mass surveillance programs are justified. Join our debate in cyber-security and vote in our poll (below)

Paul McNeil is a tech analyst specialized in the political and moral perspectives of today’s innovative world. He has a worked as a news writer and TV anchorman. He has published articles in several websites including Newsmax, The Hill, ArabNews, American Thinker, Canada Free Press and TechMoralitics.

The new wikileaks releases about CIA hacking documents have brought back to the public opinion the trade-offs between privacy and security. We are living in the post-Snowden-revelations era, following the 2014 unveiling of mass surveillance programs, such as the controversial and highly confidential PRISM surveillance system, run by the National Security Agency (NSA) in the United States. That exposure led to extreme public outrage over the government's intrusion into our everyday privacy. Today, however, unprecedented developments have also been witnessed as public opinion has shifted dramatically, with steps taken to actually approve more invasive government surveillance programs.

Did terrorist attacks across Europe plunge us to the depth of self-monitoring? At a time when discussions about online privacy concerns have increased in various nations across the globe, people of democratic countries in the heart of Europe are making their voices heard, and even voting in referendums, to mandate further surveillance of the people by the government. This can be seen as an unanticipated side effect of recent terrorist attacks in Europe and the United States. Many questions are raised over the pros and cons and the moral rights and wrongs over what has been dubbed legal government spying.

In response to the horrendous 9/11 terrorist attacks, leaving nearly 3,000 people dead across America, the U.S. led the world not only in the war against terror, but also in taking action to launch measures to increase monitoring methods and techniques on home soil. It is a known fact that one can never take on an initiative against an enemy if they lack any security back home. America, for example, ratified the famous Patriot Act back in 2001 and although the bill enjoyed enormous approval during its adoption, and despite the fact it was renewed by a 280 to 138 vote again by the House of Representatives in March 2006, many of the provisions remain highly controversial to say the least, and many have even faced court challenges. The freedom vs safety dilemma was resolved in favor of the latter. Laws on immigration, banking, money laundering and methods to carry out foreign surveillance were completely overhauled or amended.

In favor and against government surveillance

There are advocates of further government surveillance, arguing the central government of every country should be provided the authority to literally hack into your computers and install malware, all in a legal fashion. Under such cyber-security policy the government should be permitted to tap into internet comms and telephones, and install hidden cameras and various types of “bugs” in all types of public, and private, locations with the ultimate goal of gathering security data. These advocates believe in the primacy of security over privacy.

Again those in favor of such practices by the government voice their side of the debate especially by citing the need to use such systems and advanced technology to target terrorism in this day and age. While mainland America may for now enjoy relative security in the post-September 11 era, nearly all of Europe has been engulfed in fear of terrorism as Paris, Brussels and other large metropolitan cities across the Green Continent have become favored targets for terrorist cells hell-bent on creating havoc and making life miserable for the ordinary European.

As a result, governments are overtly and covertly resorting to such methods of enhanced surveillance in their quest to hunt down and neutralize such cells, and ensure their public that they can provide safety. The irony is that one terrorist cell can enormously impact the political landscape of a European country, and lead to a chain reaction of growing concerns across countries with a collective population of over 800 million.

Governments also emphasize that such surveillance and monitoring technology can be used to counter espionage efforts, hinder the spread of weapons of mass destruction and attacks–through terrorism and cyberattacks–targeting infrastructure considered significantly important on a national scale.

Understanding the sensitivity of the matter, some governments may take on the initial stance of limiting the use of such powers to a certain number of intrusions each year. However, what controlling and observation mechanisms will ensure this promise remains uncertain. With the NSA’s PRISM surveillance program setting a very bad example in the public’s mind, there is a huge concern about such Internet mass surveillance systems becoming generalized before we are able to decide whether this is desirable. Opponents also claim intelligence services have no right to spy on every single aspect of ordinary citizen’s lives, as PRISM literally does, and there has to be some kind of respect to our privacy. Are the basic and fundamental rights of citizens violated through the use of preventive surveillance and mass observation? Those who reply yes to such a question are advocates of encryption technology provided by Apple and other companies, and their approach to the privacy of their customers.This may not be simply a problem of national security vs privacy, but other civil rights may also be endangered. A government spying on citizens may instil fear and lose legitimacy.

While many countries have imposed laws authorizing the legal electronic communications interception and data mining, the misuse of such authority by various governments across the planet has made the general public quite wary about backdoors. Governments may be pushing companies to leave covert loopholes in their software, and the public only realizing after it’s already too late. The Yahoo 500 million account hack, with speculations of nearly a billion accounts being involved, has led to further speculations about Washington forcing such companies to scan customer e-mails for the U.S. intelligence community.

The truth is that fears about various threats and support to enhance government mass surveillance powers have increased as terror attacks began targeting mainland Europe. There are the somewhat "centralists" on this topic who believe comprehensive security will only be realized if harmony is achieved between technology and legal protections, involving meaningful tech companies and governments across the globe.

Ideally governments would be able to reach a point of adopting a system of proper checks-and-balances, enshrined in the law, to allow the government to present this entire issue of mass surveillance “for the greater good” of the public all the more palatable. Gaining federal court approval and the consent of ministers before utilizing any powers is one such consideration. Of course, accountability and effectiveness must be properly balanced to ensure that such technology can contribute to security.

As controversial and heated as this topic has been, and will most definitely continue to be, there is one fctor which has recieved insufficient attention. We as a society must continue to mature in order to comprehend how we can actually discover and reach the right balance between civil rights and national security. The correct ethics in this regard is out there, waiting for us to reach the point of being able to digest its importance, and thus carry out the necessary measures. This may mean allowing the government into some aspects of our lives, while also placing into action the correct system of checks and balances to regulate law enforcement authority. However challenging the task, we owe it to the next generations, and ourselves, to reach a logical concept to pave the path forward.

Watch this interview with Edward Snowden

Privacy vs security: Should our government be permitted to legally spy on us? Vote and share your views on the pros and cons of government surveillance problems. Please invite those interested in the topics of security and online privacy to join the debate


Should our government be permitted to legally spy on us? The privacy vs security dilemma