Is justice too permissive with police misconduct and brutality? 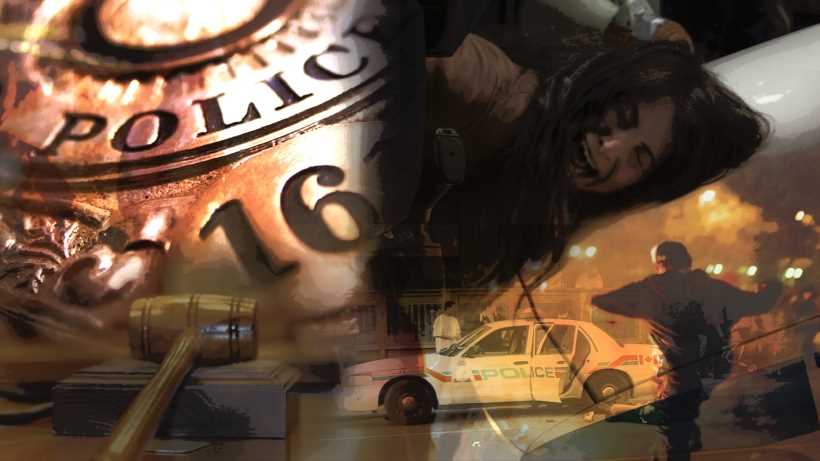 Source: Composite by G_marius based on ssalonso’s, Quinn Hue’s, Toban B’s and Scott Davidson's images. If you want to use it you simply need to attribute it by linking to this page or to https://netivist.org. Thanks

We debate if judges and juries are too permissive with police misconduct and brutality.

Is justice too permissive with police brutality?

The fatal shooting of Michael Brown in Ferguson Missouri and the unrest that followed this case have returned public attention to the current cases of police misconduct and brutality. Feguson's shooting is not a unique case. Problems such as racial discrimination, abuse of authority, iolation of civil liberties, and disproportionate use of force (including erroneus utilization deadly force) are common in many countries. Police, in particular in areas with high rates of violent crimes, face difficult choices when attempting arrests or dealing with some suspects. In some countries, such as the US, offenders are often armed and police officers are legitimized to resort to force to deal with disorderly elements of society who can potentially cause injuries, severe bodily harm or death. However, violence and force is sometimes used by police mistakenly on people that may not be armed or not represent a serious threat to the personal integrity of anyone around (as in Ferguson's shooting case).

People working in law enforcement may gradually develop an attitude or sense of authority over society, and in some cases some police officers may consider themselves somehow above the law (1). Police protocols and guidelines are not always observed. Police officers can act in a corporatist manner and cover each others' wrongdoings. These behaviors can instill feelings of vulnerability and mistrust in law enforcers. Moreover, police brutality and misconduct is sometimes very lightly punished or not punish at all. Often as, in the Ferguson's shooting case, police having harmed or kill citizens are acquited. This leads sometimes to expressions of public discontent, sometimes peaceful, sometimes violent as in the case of the recent riots in the USA.

Do you think police wrongdoings are often covered by the authorities? Are juries, judges and courts too permissive with police misconduct and brutality?

Check out our debates: "Retributive vs utilitarian justice" and "Should police control our social media?"

Is justice too permissive with police misconduct and brutality? Vote and explain why you think there is an increasing social unrest concerning police actions and if it is justified.


Is justice too permissive with police misconduct and brutality?