Should the Supreme Courts justices be elected or appointed? 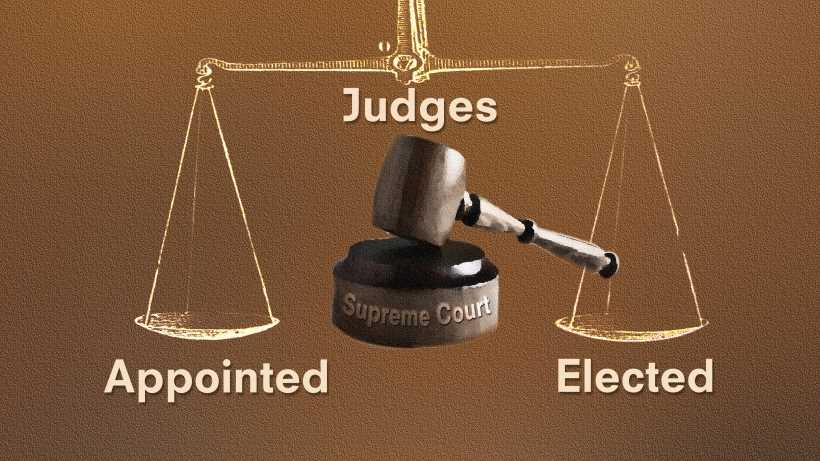 The Supreme Court is usually the highest court in a legal system. In order to ensure independence of the judiciary, should justices be elected or appointed?

Role of The Supreme Court

Separation of powers is one of the most important requisites in democracy. Critiques to the Supreme Court Judges emerge periodically. Chief Justice John G. Roberts Jr. has recently tried to defend the role of the Supreme Court and shield it from the criticisms about the lack of neutrality suffered by other Washington institutions.

A supreme court is typically the highest court within the legal hierarchy  and is a central element in safeguarding democracy. In most countries, the Supreme Court or Constitutional Courts are the courts of last resort. They are also known as highest court of appeal, instance court, judgment court or apex court. Their decisions are not subject to further review by any other court. Therefore, a Supreme Court has a very important role in maintaining great principles such as justice and fairness, the independence of judiciary and the compliance of the Constitution, when the country has one.

Since the Supreme Court justices (also called judges or members) are individuals with their own personal beliefs and political preferences, the process of  how Supreme Court judges are appointed is very important. Justices are professional judges with long experience in the legal system, however the system in which they are elected or appointed may shape the way in which they act and their decisions.

Every country has its own hierarchy of courts, and it would be impossible here to list all of them. We outline here the Supreme Court justices’ appointment or election in five countries: the United States of America, the United Kingdom, Canada, Australia and India.

Should Supreme Court justices be elected or appointed?

Each of the three systems of Supreme Court justices' appointment has pros and cons. For instance a popular vote could make judges more independent from the politicians that otherwise would appoint them. This in theory could reinforce the democratic separation between the branches of government. However, popular elections have some clear disadvantages. Citizens may not have enough information about which judge has a better profile and those who spend more money in a campaign to gather support could be elected despite their individual qualifications and independence. Probably political parties and lobby groups would end up funding the campaign. That would bring to the fore again the issue of partiality. On the other hand, judges can be elected by their peers. The main risk of this process is that justices may end up electing new justices with similar ideology to those already in the Supreme Court. That could create path dependent dynamics and potentially a discrepancy between the ideas and beliefs of these judges and those of society at large. How do we control judges and ensure they reflect the views of a changing society if the people or the elected representative don't have a say in their election? But what can we expect from justices who have been appointed by politicians? Is the political appointment for long periods of time or life a better choice? The problem is that in times of polarization political parties may have the temptation to advance their agendas by using the Supreme Court as a tool.

Should the Supreme Courts justices be elected or appointed? Vote and tell us why you prefer one particular system of selection of judge to the highest court


Should the Supreme Courts justices be elected or appointed?