Is political polarization in America mainly the result of structural changes in society? 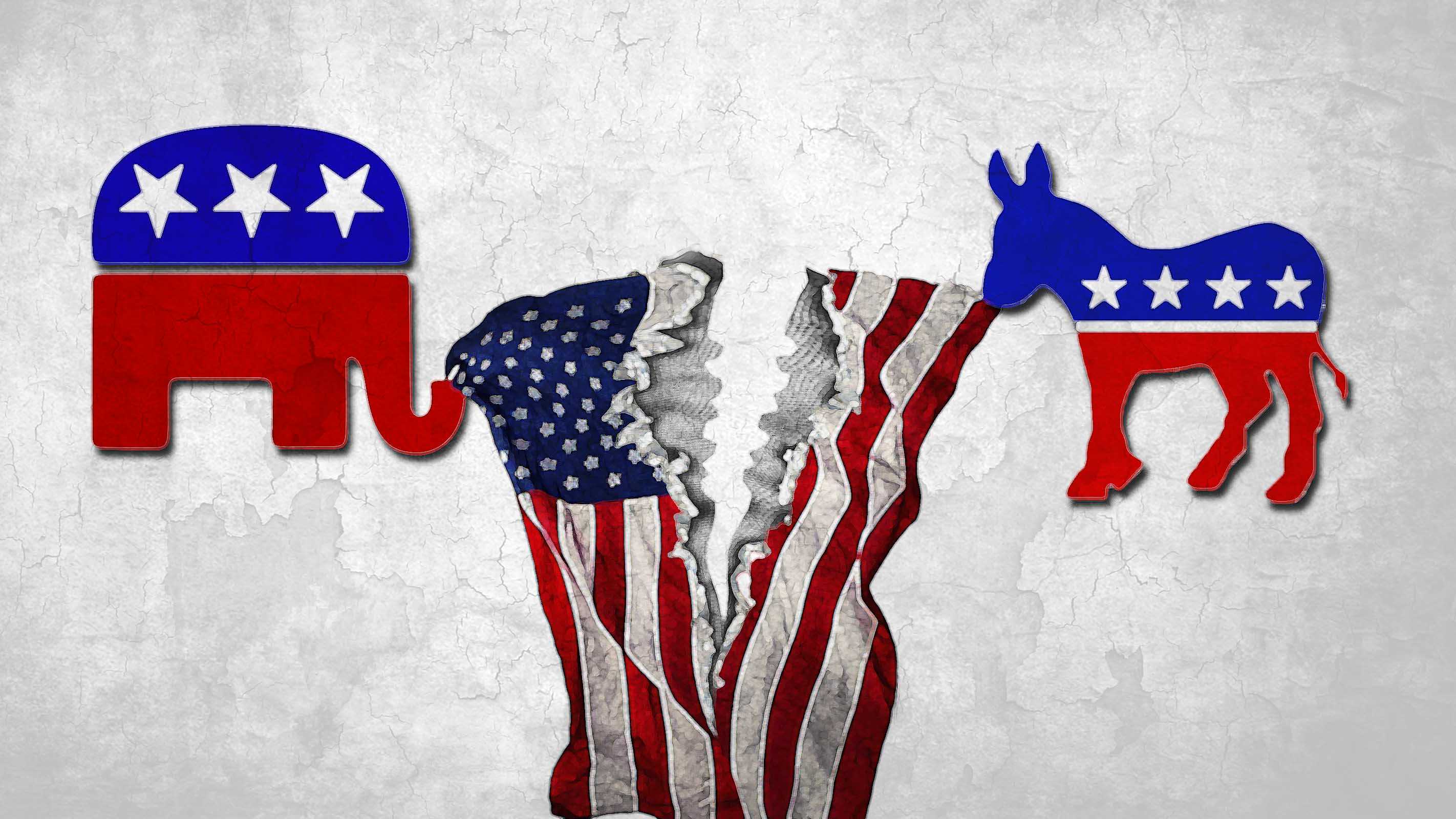 Political tension between the two big parties may be contributing to the decline of the US. What is the main cause of political polarization in America? Vote and invite others interested in security and US politics to join the debate

This debate is based on the LSE100 lecture “Political Polarization and Declain in US "usable" power?” (week 4 in the module: "Why is collective security so difficult to achieve?") by Professor Peter Trubowitz  (17 October 2016) at The London School of Economics and Political Science (LSE).

Prof. Peter Trubowitz is the Director of the United States Cenre at the LSE. His research interest include American party politics and elections, US grand strategy and foreign policy, as well as Sino-American relations

The already large, and growing gap between Republicans and Democrats has become a distinct characteristic of US politics. The tension between liberals and conservatives is not a new phenomenon and is to some extent the result of the majoritarian bipartisan US political system. However, several indicators show tha party polarization has been growing since the 1980s and that the ideological gap has widened more than ever over the last few years. Republicans are shifting to the right and Democrats to the Left.

Many political analysts argue that this increased polarization can be detrimental for the US, not only at the domestic, but also at the international level. Polarized politics may be contributing to the demise of the US hegemony in the world. Historically, moderate Republicans and Democrats have worked as a "bipartisan center", forging alliances and creating political dynamics of concessions and compromise. This was particularly important in the area of foreign policy and during the Second World War and Cold War. However, after the disintegration of the USSR the incentive to collaborate across party lines seem to have largely decreased. Unilateralism has become common and increased the risk of frustration and u-turns in politics.

If the US' ability to act on a coherent long-term foreign policy strategy is undermined by political polarization, then American attempts to enhance global security may be compromised. US interests in countering terrorist threats, establishing cyber security, and developing a coordinated response to global threats depend on the ability to work with long term strategic partners and enact policies which will not be susceptible to overhaul after each electoral cycle. Deadlock between the arms of government can also inhibit the US' ability to act decisively and to succeed in tackling global threats where new approaches are needed. Is inconsistent behaviour at the international level an inevitable consequence of increasingly partisan politics? 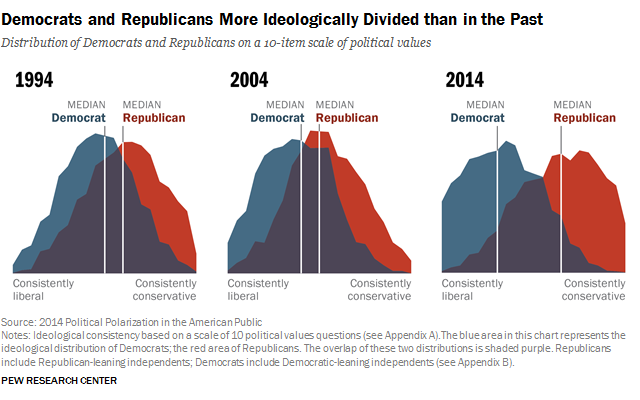 Several potential causes have been suggested for this phenomenon. Firstly, as mentioned above, the absence of a strong external threat can reduce the incentive to collaborate across party boundaries. If this is the case probably the rise of China may have the reverse effect in US party politics in the coming years. After the Crimea, East Ukraine and Syria Crises Russia is once more emerging as an external threat for the West. However, there are no signs that Vladimir Putin's foreign policy has made Democrats and Republicans unite on a common stance towards foreign policy yet.

Secondly, it has been argued that polarization was fuelled by the assertive unilateralism of the Bush Jr. administration. According to this argument, a small group of neo-conservatives, with the help of the 9/11 terrorist attacks, managed to drastically change US policy agenda, in particular their foreign policy. This departure from the "usual practices" may have triggered much frustration in the liberal camp and set into motion the current dynamics of confrontation and ideological polarization. The dire 2016 Presidential Elections campaign between Trump and Clinton has contributed to fuel these tensions.

Thirdly, structural changes in US society have also been suggested as a plausible explanation. There seems to be a strong correlation between income inequality (as measured by the Gini index) and party polarization. This argument suggests that the growing socio-economic gap between the richest and poorest in US society may also be reflected in the actions of political representatives. Moreover, the return of regional divides that the US is experiencing today makes it more difficult to sustain a centrist coalition.

Emerging questions: What do you think is the main cause for the growing political polarization in America? Is polarization that dangerous for international collective security? Who is going to play the role the US has been playing in the international arena over the last few decades?

If you want to promote your own scholarly debate, lecture, research project or academic article, contact us: university[a]netivist.org
Is political polarization in America mainly the result of structural changes in society? Vote and share any alternative or complementary explanation on the discussion forum below. Get others to join this LSE100 public discussion.


Is political polarization in America mainly the result of structural changes in society?