Donald Trump vs Hillary Clinton: who will be the next president? 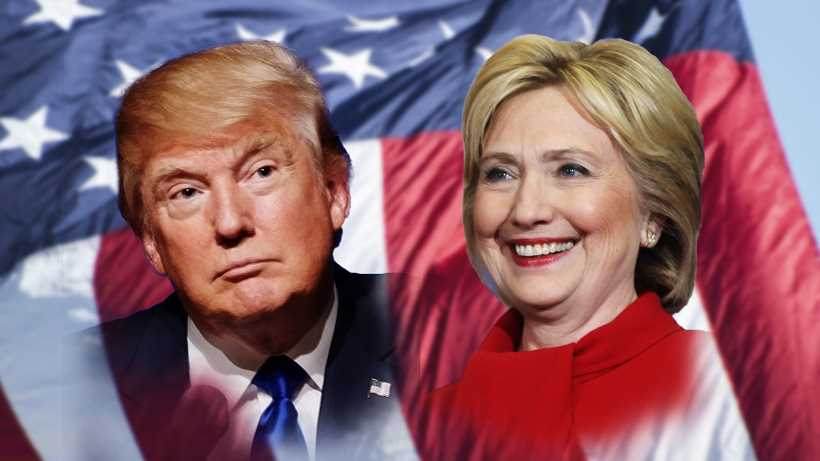 Source: Composite by G_marius based on Gage Skidmore's and Michael Vadon's  images

If you are asking yourself "who should I vote for president?" read this and join our debate. We discucuss Donald Trump and Hillary Clinton's pros and cons and try to determine who will be the next president, and would be better for the POTUS job. Check out the interesting interviews with the two candidates, make up your mind and vote!

Check out our new debate: Will President Donald Trump deliver on his promises?

Donald Trump and Hillary Clinton are likely going to be the Republican and Democrat nominees for the race for the White House. They will face each other in the 2016 presidential elections campaign. The stakes are very high and the most recent opinion polls show that both candidates have relatively similar levels of support. The Republican candidate has dominated the presidential primaries beating Ted Cruz, John Kasich, and Marco Rubio. Hillary Clinton, after a long and difficult battle with Bernie Sanders, is now close to obtaining the necessary delegates for the Democratic Party nomination. The campaign continues and the candidates will soon face each other in the polls. In the current context of political polarization the campaign will probably be highly interesting and aggressive.

Although the primaries of the Republican and Democratic parties are not over yet, Trump and Hillary have already started their battle and are trying to undermine their likely rival in the presidential election in November. The crossed accusations between Donald Trump and Hillary Clinton are heating up the presidential race. These are some of the most notorious clashes and accusations:

This is a list of the main strengths and weaknesses of Donald Trump as candidate to become the next US president:

These are some of the strengths and weaknesses of Hillary Clinton's candidacy:

Who will be the next president?

Whomever is elected by the electoral college on 8 November 2016 and becomes the next US president will have to face a series of very important problems and challenges, including restoring middle-class purchasing power, addressing illegal immigration, fighting terrorist threats and gun crime, tackling climate change, as well as contributing to the stability in the Middle-East. We open the debate and would like you to share your views on several questions: Who do you think will be the next president? Will she or he be the better candidate or are you pessimistic about the outcome of the presidential elections? Do the best nominees tend to prevail in the end or do Americans often choose the wrong person for the job? Is it time for a radical change with Trump in the White House or better to elect another Democratic President to continue with the work of Obama?

Donald Trump vs Hillary Clinton: who will be the next president? Vote and tell us why, as well as your views on who would be a better president


Donald Trump vs Hillary Clinton: who will be the next president?