Migration pros and cons: what should we do about illegal immigration? 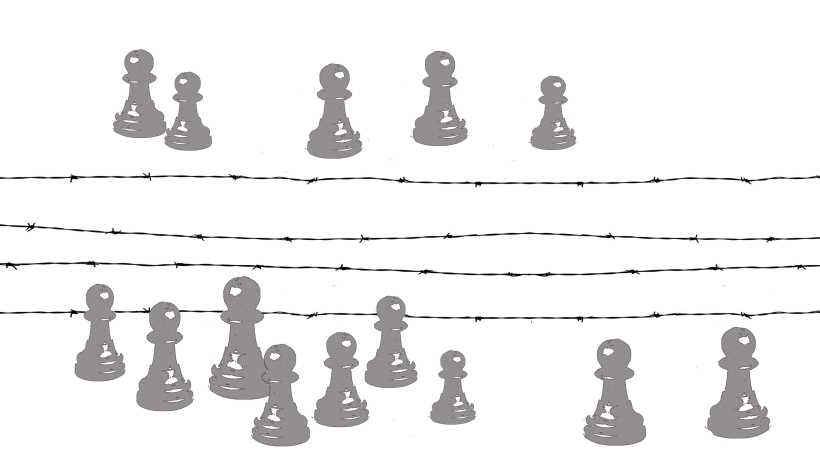 We discuss the pros and cons of immigration. Is immigration overall a problem or an opportunity?  What should we do with illegal migrants? Join our public debate

Donald Trump's hard stance on migration, including the recent scandal about the separation of migrant children from their families and the plans to build a wall to prevent migrants from crossing the border between Mexico and the U.S., has brought to the center of the political agenda the issue of illegal immigration. Similarly, in Europe, migration seems to become a polarizing issue. Some countries such as Hungary, Austria and Italy are trying to get the EU to take decisive measure to reduce the number of migrants and refugees arriving to the old continent. The case of the Aquarius boat who was stranded in the Mediterranean with more than 600 migrants on board captures the disagreements on this issue. While the new Interior Minister of Italy, Lega's Matteo Salvini rejected the possibility of the passengers to land in Italy, the new Spanish Prime Minister, Pedro Sanchez, offered Spain to receive them. But who is acting correctly, those who open their doors and are lenient with undocumented immigrants or those who reject them in order to send a wider message and disincentivize further populations flows?

Illegal immigration refers to the movement of population across national borders in which immigration laws of the recipient country are not respected.  Illegal immigrants are people who are not authorized to live in a country. Sometimes people cross borders without authorization, and on other occassions migrants simply stay in a country beyond period they were initially permitted to remain. However, often their circumstances are recognized by the authorities and they become "legal" migrants through a regularization process. In other cases migrants, pushed by economic and political problems, remain in a country knowing that they are violating immigration laws. "Illegal migrants" tend to be poor people from poor countries trying to find a better future in richer countries, or people that are discriminated against or escape from political repression or conflict in their countries of origins. Unfortunately they do not always find the better life they were looking for.

The term "illegal immigrant" is also controversial. A growing number of experts claim that the act of immigration may be illegal but migrants are not, and that it would be much more appropriate to refer to them as "undocumented" or "unauthorized immigrants". The phenomenon of illegal immigration has grown over the last few decades thanks to globalization and the reinforcement of immigration laws in most countries. Modern means of transportation and communication facilitate the flows of people between countries. Migration is a process that mirrors, and complements, the growing flows of goods, services and capital we have experienced over the last century. The European Union, USA, India, Turkey, and South Africa are some of the countries where illegal immigration has become a major issue. We have all heard dramatic stories about migrants trying to reach the Southern coasts of Europe in precarious boats. What about those who risk their lives trying to cross from Mexico and finally enter the US through the Rio Bravo? Or those who enter Turkey in order to leave behind the war in Syria and Iraq?

Pros and cons of migration

There are many advantages and reasons why immigration should be considered an opportunity for the destination countries. These are some of the main pros (feel free to add more on the comment section below):

On the other hand, migration may also entail negative consequences. These are some of the most commonly argued cons to migration (you can add more in the comment section below):

Watch these videos on the migration debate

Once you have considered the pros and cons of illegal immigration, it is time to decide what to do about it? Do you think migration is a problem and should be further limited? Should "illegal immigrants" be deported, regularized or should nothing be done about them? By facilitating immigration are we solving problems of the countries of origin and destination? Have developed countries the moral obligation to accept more economic and political migrants?

Migration pros and cons: what should we do about illegal immigration? Vote and explain your views. Add more pros, cons and arguments to the discussion forum below.


Migration pros and cons: what should we do about illegal immigration?