Measuring poverty in the 21st century: Are “thick” measures better than “thin?” 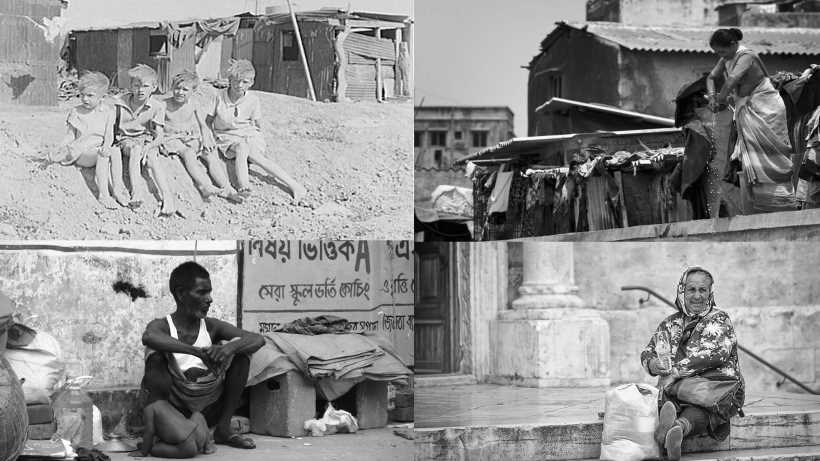 How to solve poverty: defining and measuring poverty are crucial. Are “thin” indicators of poverty (e.g. $-a-day) better than “thick” measures (e.g. MPI)?

This debate is based on the LSE100 2016 inaugural lecture “Questions, evidence and explanations in the social sciences: The meaning and measurement of poverty” by Professor Mary Morgan (9 January 2017) at The London School of Economics and Political Science.

How should we define poverty? This has been a major challenge and source of academic and political debate since the end of the nineteenth century. Already the pioneers in the study of poverty, such as Charles Booth, Seebohm Rowntree, and Arthur Bowley devoted great attention to the intricacies of defining and measuring poverty. The dilemma between “thin” and “thick” measures refers to the trades-off between breadth and depth. Are we prioritizing simplicity and comparability? Or should we be more concerned about reaching a more comprehensive understanding of a multidimensional reality?

Poverty could be defined as an absolute or relative problem, in monetary or non-monetary terms, at the individual or the household level. Is poverty about the level of income obtained by individuals or should it be thought of as the amount of non-monetary things that a household has access to (including perhaps non-monetary qualities such as cultural capital, good quality education, security, access to healthcare, etc.)?

Defining and measuring poverty is not a neutral, depoliticized process. The meaning of poverty is controversial. For instance, some politicians and analysts prefer to use the term "inequality" and avoid talking about the "poor". The answer given to the question “what is poverty?” has an impact on how to solve poverty. The definitions and measurements of poverty may shapw the policies adopted to alleviate, reduce or eliminate poverty. Definitions and indicators of poverty also shape the capacity to raise awareness and support for anti-poverty policies.

The first of the UN Sustainable Development Goals (SDG) for 2030 is to "end poverty in all its forms everywhere". The UN has set 7 different targets and states that:

Poverty is more than the lack of income and resources to ensure a sustainable livelihood. Its manifestations include hunger and malnutrition, limited access to education and other basic services, social discrimination and exclusion as well as the lack of participation in decision-making. Economic growth must be inclusive to provide sustainable jobs and promote equality.

In the 21st century there is still great controversy around the indicators of poverty that governments and international organizations should prioritize. Experts and policy-makers argue whether "thin" or "thick" measures are better to reduce poverty.

The first goal of the UN Millennium Development Goals (MDG) was to erradicate extreme poverty around the world. More specifically, the MDG target was halving, between 1990 and 2015, the proportion of people whose income is less than $1.25-a-day. This key indicator has again be selected in the new UN SDG for 2030 and it is probably one of the best examples of “thin” measures of poverty. Thin measurements are chosen for their simplicity, comparability, and communicative power.

On the other hand, we could also prioritize “thick” multidimensional (qualitative and quantitative) measures of poverty, which are more complex but allow a better understanding of the factors that cause poverty. For instance, the Multidimensional Poverty Index (MPI) complements traditional income-based poverty measures by capturing the severe deprivations that each person faces at the same time with respect to education, health and living standards.

Both approaches have their advantages and limitations. Which of the two should policy-makers prioritize? How should we define poverty to better tackle this problem, using “thin” or “thick” measures? Vote and leave your comments and questions on the discussion forum below.

If you want to promote your own scholarly debate, lecture, research project or academic article, contact us: university[a]netivist.org
Measuring poverty in the 21st century: Are “thick” measures better than “thin?” Vote and join our discussion about the policy implications of both approaches to defining and measuring poverty. Feel free to ask questions to the LSE100 teaching team too.


Measuring poverty in the 21st century: Are “thick” measures better than “thin?”