Free market pros and cons - Should we privilege allocative efficiency and accept the resulting inequality? 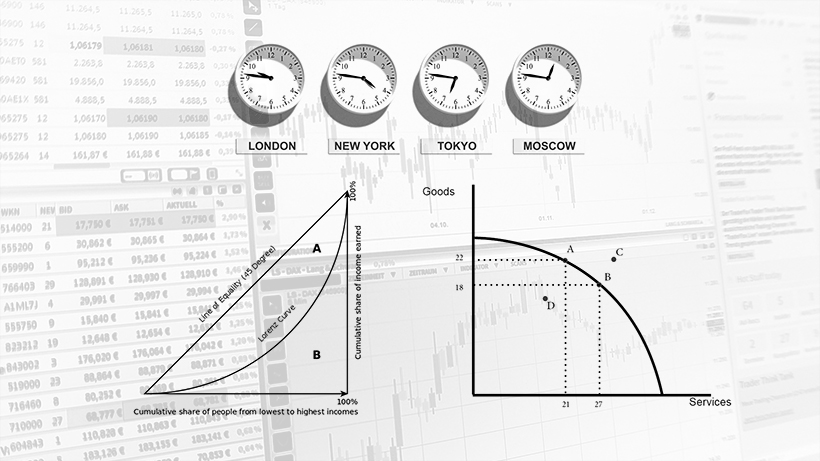 In a free market there are converging and diverging forces which may increase or reduce economic inequality. We discuss the pros and cons of free market economy and whether allocative efficiency justifies growing inequality.

This debate is based on the LSE100 lecture "The Magic of Markets" (first week of the module "Should Markets be Constrained or Unleashed?") on 20 February 2017 by Professor Sir Charles Bean, at the London School of Economics and Political Science

Should we privilege allocative efficiency and accept the resulting inequality?

Market prices play an important role in signalling scarcity and providing people and businesses with the right incentives. Voluntary exchanges undertaken in competitive markets may produce efficient outcomes in terms of allocation of resources. Free markets may nevertheless sometimes result in unsatisfactory outcomes too. Income inequality is one of these side effects pointed at by some economists. Government intervention in the market may therefore be justified if we seek to reduce inequality or address other problems associated with free markets. Interventions that work with the grain of markets rather than against them is a current practice in most market economies. Managing this trade-off between promoting market efficiency and curbing income inequality has become one of the most important conundrums for policy-makers and economists in the 21st century.

Economists are sometimes divided into two camps. On the one hand, those who follow the ideas of Friedrich Hayek and Milton Friedman, defending the free market and opposing government intervention. On other hand, there are economists, like John Maynard Keynes, who emphasize the role of governments and regulation and warn us of some of the problems associated with complete free market capitalism.

Allocative efficiency is an economic term which refers to the optimal distribution of goods and services, once consumer preferences are taken into consideration. Market efficiency theory predicts that in perfectly competitive markets, a price equilibrium is reached when the the marginal cost of producing a good or service is equal to the marginal benefit consumers receive from them. Market efficiency is one of the main arguments in defence of unleashing markets. Free competition and voluntary adjustment of prices are requisites for achieving allocative and productive efficiency in a market. This is one of the reasons why economists tend to criticize government regulation of prices.

Prices set the terms of trade for exchange and play three major functions:

Overall, a competitive market economy produces an efficient outcome, in the sense that nobody can be made better off without making someone else worse off (“Pareto efficiency”). The efficient market hypothesis formalizes Adam Smith’s metaphor of an “invisible hand” that leads self-interested individual behaviour to result in socially beneficial outcomes.

Inequality and the forces of divergence

Neo-classical economists have traditionally defended the idea of convergence in free markets. This notion of convergence refers to a catch-up effect which makes poorer economies grow at a faster pace than richer countries due to difussion of knowledge and skills and the lower cost of production. However, convergence theory is becoming increasingly criticized. Free market is considered by many economists as one of the major causes of income inequality and economic disparity. Moses Abramovitz argues that developing countries need "social capabilities" in order to activate this catch-up mechanism and take advantage of their lower production costs and the technological advances introduced by richer countries. Robert Lucas showed that capital does not always flow from developed to developing countries ("Lucas Paradox").

The French economist, Thomas Piketty argues that the diffusion of knowledge and skills is the key to productivity growth and to inequality reduction. The forces of convergence, such as the law of supply and demand and the mobility of labor and capital, are not strong enough to compensate the effect of the forces of divergence which are pushing toward greater inequality. Under "market efficiency" conditions, top earners can quickly separate themselves in terms of income and wealth. For instance, top executives have the capacity to set their own salaries. Moreover, inequality increases because often the return on capital is higher than rate of economic growth (r >g). Private wealth derived from real estate, financial assess and professional capital has grown steadily since the 1950s. Wealth puts people, and countries,  in a situation of structural advantage compared to others. The wealth and income gap increases. Finally, the forces of convergence, are not completely spontaneous. For instance government intervention is key to the the education policies necessary for the diffusion of knowledge.

Do you think governments should intervene to make sure that these forces of divergence are controlled? Should they rather abstain to facilitate market efficiency? Is "inequality a necessary evil"?

Watch Prof. Thomas Piketty's lecture at the LSE as well as the discussion on whether markets are efficient between Prof. Eugene Fama and Prof. Richard Thaler (Chicago Booth)

Critics and advocates of market liberalization have produced many arguments for and against "free market." These are some of the most commonly cited advantages and disadvantages:

Should we privilege allocative efficiency and accept the resulting inequality? Vote and invite to join this debate other people interested in economics, markets and inequality.


Free market pros and cons - Should we privilege allocative efficiency and accept the resulting inequality?