Pros and cons of capitalism: Is capitalism the best economic system? 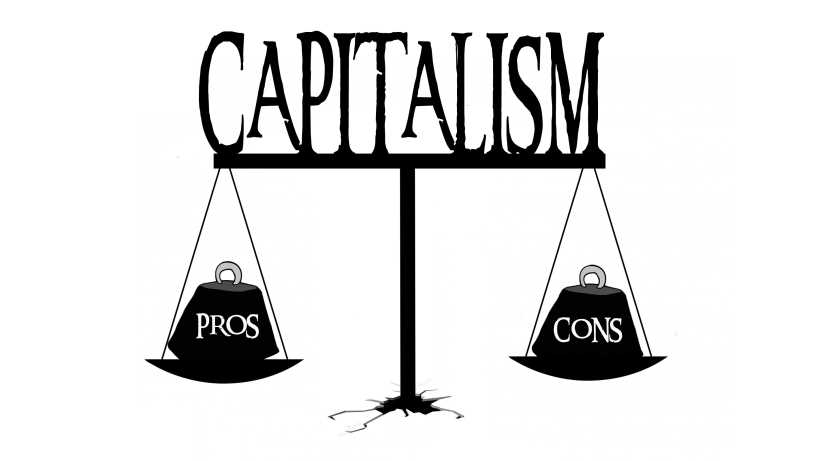 Are we witnessing the collapse of capitalism? Is capitalism the best economic system? We discuss its pros and cons of free market economy. Join our debate

Is capitalism the best economic system?

The severity of the global financial crisis has brought capitalism back into the spotlight. Many academic discussions and public opinion debates have emerged on the limitations and flaws of capitalism. But what is capitalism? Capitalism is an economic and political system that drives most of the economies in the world. Its main principles are private enterprise and ownership, free market, individualism, and lack of government intervention. Prices are the result of supply and demand. Unlike in state control systems such as socialism or communism, prices are not determined by the governments and the means of production are owned by individuals or private firms, not by state-controlled organizations or groups.

Capitalism, as we know it today, emerged when a group of 18th century thinkers, such as Adam Smith and David Hume, criticized the mercantilist doctrines that ruled western economies. During the Industrial Revolution gradually their ideas acquired salience. The merchants lost prominenced and many protectionist policies were abandoned. Imperialism and globalization helped expanding capitalism during the 19th and 20th centuries. Although Capitalism underwent important crises and was challenged by socialism and other economic conceptions based on central-planning, it still remains today the most widespread economic system in the world. There are, nonetheless, different conceptions of capitalism should work. For instance, keynesianism and monetarism are two capitalist paradigms on the role of governments in societies.

Pros and cons of Capitalism

In order to decide if capitalism is the best economic system or needs to be modified or replaced, it is important to assess its advantages and limitations. These are some of the most commonly use arguments found in academic and political debate:

What do you think about capitalism? Is there any better alternative? Are we witnessing a slow collapse of capitalism? Does capitalism need to be reformulated as a doctrine or replaced by another economic system? Do we need more or less government intervention?

You may also want to check out our debates: NAFTA pros and cons and Sustainable development and foreign investment in agriculture

Pros and cons of capitalism: Is capitalism the best economic system? Vote and explain below why, in your opinion, capitalism is good or bad. Share your main concerns.


Pros and cons of capitalism: Is capitalism the best economic system?