Should size zero models be banned? 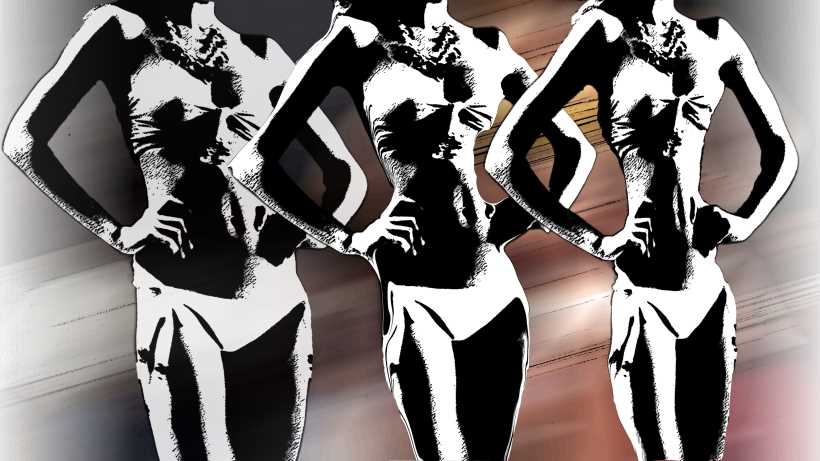 Source: Composite image by G_marius based on an Ines Hegedus-Garcia's image

Super skinny size-zero models in ads and catwalks are controversial. Are they contributing to anorexia and other eating disorders? Should they be banned?

Size-zero is a women's clothing size in the US size system. It is the UK equivalent of a size 4, and  approximately translates to a bust-waist-hips ratio of 32–22–33 inches (81-56-84 cm). The use of size-zero models in advertisement and fashion shows has come under fire. The exposure to images of very skinny models may be a contributing factor to the development of eating disorders such as anorexia.

Size zero models: should they be banned?

Beside aesthetic considerations the topic of models' size have become increasingly relevant. Public opinion in Western countries is increasingly aware and concerned about the potential impacts of super skinny models may have in particular in teenagers. Historically beauty was not always associated to thin men and women. You just need to look at the iconic paintings of Rubens or read the descriptions of curvy women in books from previous centuries. Being very skinny was historically considered a sign of being poor and not something most people would actively look for. Obviously the ideal of beauty has evolved since the second half of the twentieth century. Being skinny is now a trend and increasingly thinner models in advertisement and catwalks have served to consolidate this beauty paradigm shift.

The problem emerges because now being extremely think is considered a sign of beauty. Most people would like to be as similar as possible to the models and celebrities that best incarnate this new ideal of beauty. Some people practise sports or fitness to stay thin, others try diets to lose weight.  However, there is growing discrepancy between the size of average women (but also men) and those the beautiful models working for the most iconic brands. Not only in average the population in the West has become fatter, but also models are now thinner than they ever were. Additionaly in the fashion world Photoshop is used to make models in ads and front pages slimmer than what they actually are. Cases such as the latest YSL campaign have created a public outcry.

Anorexia, as other eating disorders is a socially transmitted disease. Some academic studies indicate that exposure to super skinny models may contribute to the spread of this mental condition among our youth. Teenagers look at these models as examples to follow. But, even if there is a causal, effect between skinny models > anorexia, banning size zero models is problematic and many people claims goes against freedom of expression.

Do you think government intervention is justified in this case? Is prohibition of size zero a necessary solution? How could such ban be implemented? What should be the boundaries?

Should size zero models be banned from advertisement, catwalks and fashion catalogues?  Vote and explain why it should or not be banned!


Should size zero models be banned?